It didn’t take long for the Bruins and Penguins to get nasty with one another.

The two teams got real testy with each other at the end of the second period in Game 1, and that led to a throwdown between two usually “calm” combatants. Boston’s Patrice Bergeron and Pittsburgh’s Evgeni Malkin got tied up at center ice, and they ended up dropping the gloves and engaging in a rare fight.

Neither are known for their pugilistic ways, but they certainly tried their best as they wrestled to the ice while throwing punches. Bergeron skated off at the end of the period with his sweater covered in blood, as someone was cut in the mayhem.

See video of the scrap below. 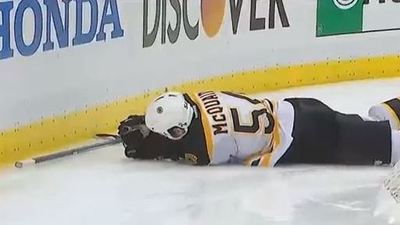 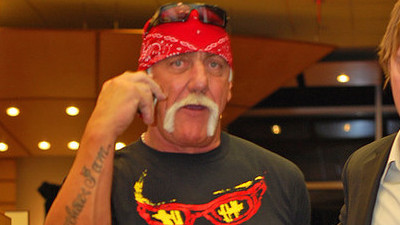 Hulk Hogan Pumps Up Bruins Before Game 1, Says He Could ‘Smell Stench of Victory’ in Boston Garden (Audio)