Hulk Hogan Pumps Up Bruins Before Game 1, Says He Could 'Smell Stench of Victory' in Boston Garden (Audio) - NESN.com Skip to content

The Bruins have fans across the map, and Hulk Hogan is never one to shy away from trying to keep himself relevant. Naturally, Hogan had to give some words of encouragement to get fans pumped up for the Bruins’ matchup against the Penguins in Game 1 of the Eastern Conference finals.

Hogan joined 98.5 The Sports Hub?s Toucher & Rich on Friday and, according to audio from CBS Boston, turned on the wrestler persona and said that when he wrestled in the old Boston Garden, he could “smell the stench of victory.” Hogan clarified that no, it wasn’t the Bruins’ jock straps he was smelling, but the smell of champions.

Hear the rest of Hogan’s message to the Bruins in the audio below. 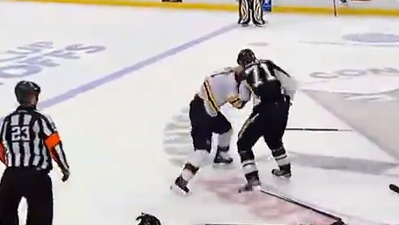