FOXBORO, Mass. — Josh McDaniels doesn’t seem to need any help running the Patriots’ offense, but he is open to a fresh perspective, especially when it comes from an old friend and well-respected offensive mind like Brian Daboll.

Daboll, 38, who was an assistant coach in New England from 2000 to 2006, returned to the Patriots’ coaching staff last postseason in something of an advisory role — similar to what McDaniels did in 2011. This offseason, he’s transitioned to be an offensive coaching assistant for Bill Belichick and has been spending much of the Patriots’ organized team activities working with the offensive line.

McDaniels and the rest of the Patriots’ coaching staff were elated to have their old friend back in the fold, but they seemed even more excited about what Daboll could do to help further this offense.

“Brian’s got a lot of exposure,” McDaniels said after Patriots OTAs on Tuesday. “He’s been in a lot of different places and he brings a great, fresh mindset into our meetings. He can add to every group in our room, whether that’s the offense as a whole, each position group.”

None of those offenses finished in the top five, top 10 or even top 20 in the NFL while Daboll was running the show. In fact, as a coordinator, the highest Daboll’s teams finished in total offense was 22nd (Miami in 2011). Then again, he can’t be entirely held at fault when the quarterbacks who ran his attack were the likes of Matt Cassel, Jake Delhomme, Chad Henne, Matt Moore, Colt McCoy and Brady Quinn (twice, in fact).

McDaniels and the Patriots’ staff know Daboll is a much better coach than those numbers imply, which is why they’re already digging deep for his knowledge and insight.

“I pick his brain daily,” McDaniels said. “[I ask] just what would you do, what did you do here. He’s a really good resource for us to have, and what an addition for us to have the opportunity to get him back and let him try to help us get better every day.”

The passing game will be the focus of most of the Patriots’ offseason plans, as there are nine new wide receivers on the roster and Tom Brady will surely be throwing to at least a few new targets this season. The Patriots are also working a few new running backs into the system with LeGarrette Blount and Leon Washington on board, and they’ll be looking to get even more out of third-year backs Shane Vereen and Stevan Ridley this season as well.

Running backs coach Ivan Fears worked closely with Daboll during his first tenure with the Patriots, and he sees him having an impact on the running game as well.

“We always could use another good football coach,” Fears said. “The guys got the experience that he’s got. He’s been a coordinator in the league, seen the things he’s seen, attacked the defenses he’s attacked. It’s always nice to have a guy like that around, it really is. So, I’m really excited to have Brian around.”

Even offensive line coach Dante Scarnecchia was happy for Daboll’s return, although he kept his remarks short and sweet — as usual.

?I?ve known Brian a long time, 12 years,” Scarnecchia said. “He?s a really good football coach and he?s helping wherever he can. I really enjoy our time together.?

Daboll’s role in the Patriots’ offense is still being determined for this season. Coaches and players couldn’t — or maybe wouldn’t — say exactly what Daboll will be involved in, but, from the looks of it, he’s starting down in the trenches. No matter what role he fills, the coaches are clearly glad to have him back and the Patriots’ offense will be better off for it. 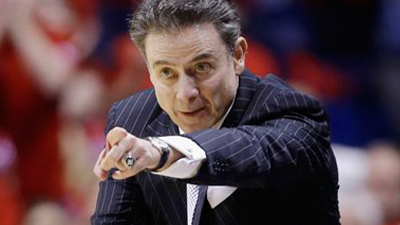