Tom Brady Says He Chose to Endorse Under Armour Because It Was What Younger Players Were Wearing (Video) - NESN.com Skip to content Tom Brady took his day off from football activities to talk business on CNBC.

The Patriots quarterback appeared with Under Armour chairman, president and CEO Kevin Plank to talk about the development of the sports apparel company. Brady said he picked Under Armour over other competitors because he could see it was what younger players were using. Brady previously endorsed Nike.

“I looked around our locker room, what was going on in high school with the younger kids and the kids playing Pop Warner, and it was all Under Armour,” Brady told CNBC.

“I was going into the 14th year of my career now, and I couldn’t have made a better decision, being around Kevin and developing a relationship like I have with him over the past three and a half years. I’m very privileged to be a real small part of this company. I’m really looking to see those growth goals that he’s set out as a shareholder over the last three years.”

When asked what role he had in product development, the quarterback said he left those decisions to Plank and his team at Under Armour.

Brady wasn’t only asked about the brand that he endorses. He also fielded questions about Wes Welker‘s departure and Rob Gronkowski‘s health. Brady said he’ll miss his former slot receiver, but the Patriots and Broncos are moving on.

“It was a very sad day for me losing one of my best friends, I’ll say that,” Brady said. “I know that he’s moved on to a great team and a great place. They have a great quarterback [Peyton Manning], one of my friends, but we’re competing against those guys this year. We’ll get a chance to take them on — we have a lot of time between now and then. I love him. I wish him the best.”

Brady gave a very Patriots answer about his tight end’s health. Gronkowski is expected to have back surgery this month and could be out to start the season.

“Oh man, I’m here to talk about Under Armour,” Brady said. “That’s a tough question. I’m not a medical doctor. I don’t know. I certainly hope [he’s ready to play], but I don’t make those decisions. I know he’s a really hard worker, he’s really committed to getting himself healthy, and whenever that happens, he’ll be out there. I hope it’s soon. He’s a great player, and we love having him out there on the field.”

Brady was also asked about the topic of the day: performance-enhancing drugs. The New England signal caller said that he does his best under the rules of the NFL.

“Well, it’s been a hot topic for a while now,” Brady said. “There’s a lot that’s been said over the years with performance-enhancing drugs and such. There’s really no place for it in sports. Whatever comes of it, that’s dealt with by Major League Baseball, by the NFL. It’s my job to play within the rules, and I understand that as a professional athlete. And I try to do my best within that. How it sorts out, that remains to be seen.”

CNBC asked Brady at the end of the segment if there was any chance he would play in New York before his career was over. The quarterback wouldn’t answer conclusively, but the contract extension he received this winter should put that discussion to rest.

“Not much,” Brady said. “I’d say very slim at this point. I like where I’m at. I’m very settled. Thank you for asking.”

Check out Brady’s entire appearance in the video below. 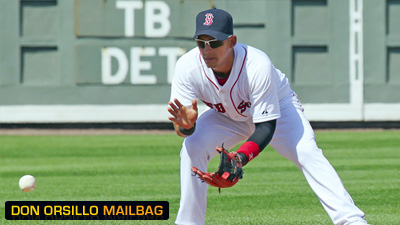 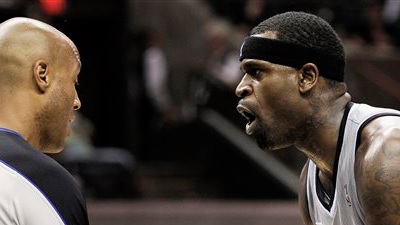