Stephen Jackson is a sensitive soul, and just a year ago he admitted that Spurs coach Gregg Popovich was the only coach in the NBA who could “handle” him. The 35-year-old “Captain Jack” is known for his clutch shots and rangy defense, but he has burned bridges throughout the league in his 13-year career.

Last season, Jackson seemed to have rediscovered the home he never should have left in San Antonio, helping the Spurs reach the Western Conference finals after a midseason trade with Warriors. This season got off to a promising start, with Jackson regularly playing more than 20 minutes per game, until his playing time began to fall off in January. Then on April 12, five days before the end of the regular season, the Spurs waived him.

Popovich has been characteristically tight-lipped on Jackson’s situation, and Jackson did not make himself available for interviews. But San Antonio Express-News columnist Buck Harvey finally caught up with Jackson on Tuesday and got the player’s side of the story. Not surprisingly, it was very Jacksonian.

Arriving in Miami not to watch the NBA Finals but to “have fun,” in Harvey’s words, Jackson expressed no disappointment with missing the Spurs’ playoff run because he “got [his] money.” He also revealed that his vague tweet in April about refusing to “say a player is better than me when I know [they’re] not” was directed at Manu Ginobili and Danny Green.

Jackson has a 2003 championship ring with the Spurs to his credit and has averaged more than 20 points per game three times in his career, but his skills have dropped off in the last couple years. His 8.0 player efficiency rating was easily the lowest on the Spurs this season, below such luminaries as Aron Baynes and Nando de Colo, and well below the PERs of Green and Ginobili. 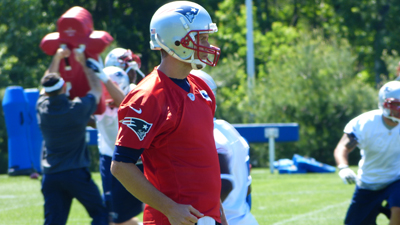