Vote: Will Tim Tebow Earn a Spot on the Patriots' Roster? - NESN.com Skip to content According to multiple reports, the former Jets and Broncos quarterback will sign with the Patriots and join the team for minicamp on Tuesday.

What Tebow’s prospective role with the Patriots will be is unclear at the moment. One report indicates that he is expected to “study a great deal” of tight end with the Pats, but another report suggests he will stay at quarterback. There seem to be many possibilities as to where Tebow will end up, but Patriots fans shouldn’t be too surprised. After all, by now we all know how much Bill Belichick loves to keep other teams guessing.

Will Tebow end up making the squad? Vote below.

Report: Patriots to Sign Tim Tebow, Expect Quarterback to Be at Minicamp Tuesday 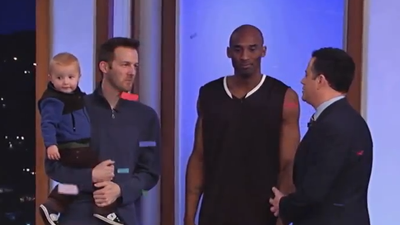