San Francisco Giants pitcher Barry Zito pledged to honor the men and women defending the United States with a $500 donation for every strikeout in Major League Baseball on the Fourth of July.

Zito will also donate this money in honor of his father, who he says loved the Fourth of July and all that it stood for. His donation will go toward Welcome Back Veterans, a non-profit organization “committed to providing post traumatic stress disorder (PTSD) and traumatic brain injury [TBI] treatment to our veterans and their families.”

San Francisco’s game against the Reds was rained out, but he has pledged to donate money for every MLB strikeout nonetheless. 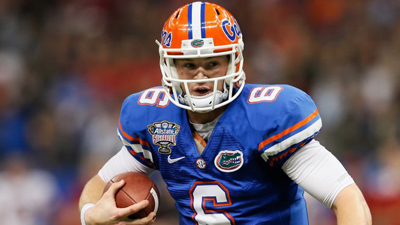 Jeff Driskel Signs With Red Sox, Will Continue to Play Football at Florida