Tyler Seguin‘s problems in Boston extended beyond the rink. His issues ranged farther than just his lack of production this season (particularly in the playoffs) as well as a seeming unwillingness to play a heavier, stronger game. You don’t trade a No. 2 overall pick three years after you drafted him just because of that.

We assumed all along that there was much more to it than that, and when Bruins general manager Peter Chiarelli said Seguin needed to become a better professional, that was confirmed. B’s president Cam Neely was the latest club figurehead to say as much.

“There were a couple factors that have been mentioned out there, both on and off the ice,” Neely said on 98.5 The Sports Hub on Tuesday. “Personally, I think Tyler is a good kid that has a lot of skill. He needs to understand what he needs to do to be successful on the ice and also needs a little understanding of what he has to do off the ice to have a long career.”

It might not also be entirely surprising to learn that Seguin’s issues — especially those away from the rink — weren’t something new. He certainly enjoyed the team’s Stanley Cup celebrations in 2011, and he was sat down after missing a mandatory meeting prior to a game in Winnipeg last season. These are just a couple examples of suspect off-ice behavior, behavior that was addressed on more than one occasion, according to Neely.

“We saw him develop over the last three years, and I won?t get into specifics, but there were a number of conversations in those three years how we wanted him to mature along the way as well,” Neely said.

Eventually, the club had to look to travel down a different path. That eventually led them to trade Seguin to the Dallas Stars last week, giving up on the 2010 second-overall pick, who is just 21 years old.

“We all felt that it was time to see and explore what we could get for Tyler at this point in his career. If the return made sense, then it was time to do something,” Neely said. There’s always some concern of will he really understand what it takes to be the player or the professional that you’d like to see.” 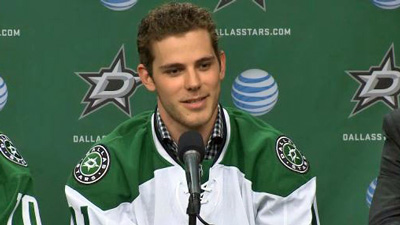 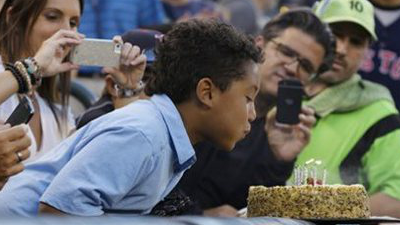