The number of autograph sessions that Texas A&M quarterback Johnny Manziel reportedly was a part of has risen from four to six overnight.

ESPN’s Outside the Lines is now reporting that Manziel signed autographs for a dealer two more times in January, in addition to the four times that OTL originally reported last week.

The dealer who is thought to be behind the newly reported sessions is Kevin Freistat. He reportedly helped set up two sessions for Manziel: one after the BCS title game and another one in Houston. OTL’s sources said that Manziel signed 1,500 autographs in both sessions, which brings his total number of reported autographs to more than 4,400.

OTL first reported on Aug. 4 that Manziel was involved in signing autographs and was being investigated by the NCAA. Then, on Aug. 6, OTL reported that he received $7,500 for signing more items. All of these reported autograph sessions happened over the course of roughly a month with three different brokers.

Manziel’s eligibility for this season is now in question due to the recent reports, but his lawyer, Jim Darnell, said that he expects Manziel to play in Texas A&M’s opener.

The NCAA bylaw in question in Manziel’s case is 12.5.2.1, which involves the promotional activity of current college players. Receiving compensation for signing autographs is one of the activities prohibited by the NCAA rule. 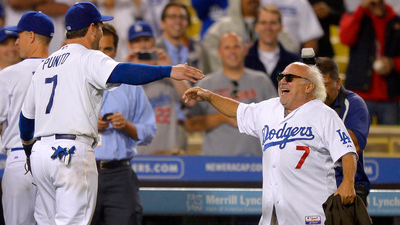