A pair of NBA teams are mulling a new incentive that would put season ticket holders on the court for each and every home game. Well, sort of.

The Cleveland Cavaliers and Milwaukee Bucks are seeking league approval to print on their parquet floors the names of fans who purchase membership to specific loyalty clubs, according to SportsBusiness Journal.

Each team’s plans differ slightly (the Cavs would look to place the names on the apron surrounding the court, while Milwaukee hopes to utilize space in play near the half-court line, sources told SBJ), and they are both subject to the whims of the commissioner’s office. But if approved, both programs could be put in place by the time the 2013-14 season tips off next month.

Incentives resembling these have been in place for years among pro sports teams, though they typically involve ticket holders’ names being displayed elsewhere in the stadium, ballpark or arena (personalized bricks are especially prevalent). Migrating the monikers to the court is an intriguing idea, but not all executives are convinced it will yield results.

?There are a lot of ways to acknowledge your season ticket holders,? Pete Guelli, chief sales and marketing officer of the Charlotte Bobcats, told SBJ. ?I am not convinced that it is a viable way to do it at this point.?

For two teams that ranked in the bottom 10 in the NBA last season, a little extra marketing can’t hurt.

Chip Kelly‘s offense wore these two Redskins fans out. Imagine how the guys on the field felt. Screenshot via The Big Lead

The Internet wasn’t too happy with Mr. Darlington for this tweet. Apparently, most of Twitter has never seen Animal House.

From the anchor who brought you Wrestlecast: 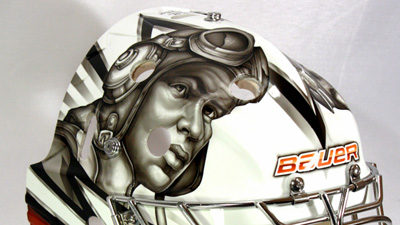