If you have an extra $100,000 lying around, you could find yourself the owner of a low-rider Chevy convertible that was once owned by Kobe Bryant.

Bryant’s custom 1963 Chevrolet Impala hit the virtual auction block on eBay on Wednesday, and the ride isn’t short on cool features. The ride was a Christmas gift to Bryant from his wife, Vanessa, in 2006. She had the car customized by West Coast Customs, the guys famous for transforming cars on the MTV show Pimp My Ride.

The whip features a powerful V8 engine, custom 13-inch wheels, white leather seats with crystals on them, a custom sound system and hydraulics. If all those features aren’t cool enough for you, the custom paint job is a blend of “House of Kolor Purple” and royal blue — fit for a king. The car was even featured in Lowrider Magazine in Nov. 2007. 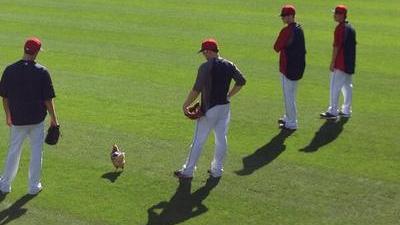