The Patriots are already thin at tight end with Rob Gronkowski still recovering from back surgery, but they’ll be even thinner on Thursday night.

Rookie tight end Zach Sudfeld, who suffered a hamstring injury in the Patriots’ season-opening win against the Bills, will not play against the Jets on Thursday, according to Ben Volin of The Boston Globe.

Sudfeld was only targeted once in Week 1, tipping a pass that was ultimately intercepted by Bills cornerback Justin Rogers. It’s unknown when the injury occurred, but Sudfeld did not play much in the fourth quarter of the comeback win.

Without Sudfeld, Tom Brady will be left with just Michael Hoomanwanui and recently re-signed Matthew Mulligan at tight end on Thursday night. 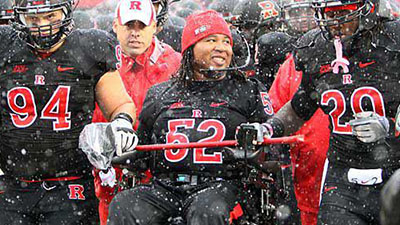