To be quite honest, Bruins coach Claude Julien is not making it easy to write a pregame lineup story.

The Boston head coach didn’t offer much of a hint as to what his lineup will be for Saturday night’s game against the Tampa Bay Lightning, but Julien certainly has his options. The Bruins have received the good news that Carl Soderberg has been cleared to play after an ankle injury has kept him out of regular season play up to this point. Whether or not the B’s insert Soderbeg into the lineup right away, however, is a different story.

Julien said after the team’s morning skate Saturday in St. Petersburg that he hadn’t informed any players of any lineup decisions. It’s a gametime decision for Julien when it comes to the lineup, which means it could be a multitude of different combinations.

Bruins winger Jordan Caron — whose play has leveled off a bit after a slow start to the season — did miss the team’s practice Friday. That was for a maintenance day, according to Julien. It would make sense that Caron might be the odd man out if Soderberg was to return, but that’s not written in stone. It also wouldn’t be a total shock if the Bruins decided to sit Brad Marchand for a game. Julien has called for more out of Marchand, as the winger is really struggling to begin the season.

The defensive pairs are also an unknown at this point. On Thursday, Adam McQuaid was a healthy scratch for the first time this season, so it’s unclear what the Bruins will do there, too. Tampa Bay does feature some high-end offensive talent, which might lead Julien to go with what he feels is his best “defensive” D-pairs.

Tuukka Rask is expected to get the start in goal for the Bruins opposite Tampa’s Ben Bishop.

Here are the projected lines for Saturday night’s clash. 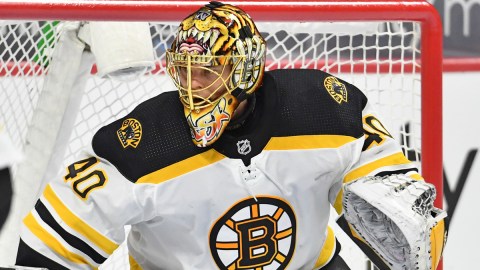 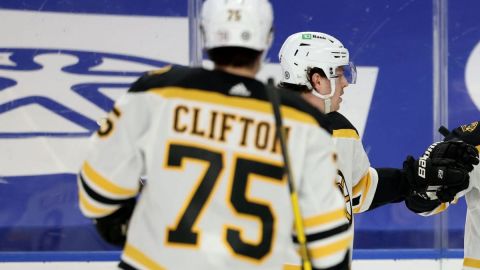 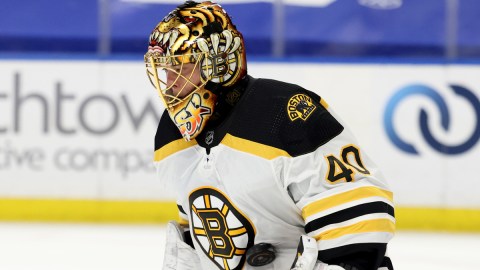 Bruins Notes: Tuukka Rask Reacts To Highlight-Reel Save After Shutout