BOSTON — David Ortiz is a three-time World Series champion. How nuts is that?

After 86 years of suffering, the Red Sox have won three titles in 10 years, with Ortiz being at the center of all three. The most recent, however, is especially satisfying for the 37-year-old.

?I would say because this is a team that we have a lot of players with heart,? Ortiz said when asked about what makes the Red Sox? 2013 World Series run so special. ?We probably don?t have the talent that we had in ?07 or ?04, but we have guys that are capable of staying focused and doing the little things. And when you win with a ballclub like that, that?s special.?

Expectations for the Red Sox this year weren?t exactly high. Boston finished 69-93 in 2012, and despite a reshuffled roster, there were questions about whether the Red Sox had enough talent to contend within the deep American League East. In many ways, 2013 was looked at as a bridge year for Boston.

Well, that was some bridge year. The 2013 Red Sox are right up there with the greatest teams in franchise history, and they climbed to the top in a way that Boston has never seen before.

?Yes, I put up the numbers, but we had a lot of guys putting up good numbers. I know the city had 86 years without winning a World Series, but I wasn?t the guy who did it all. We had a lot of guys that it was on them, too. It was not like it was on me, you know what I?m saying??

The Red Sox? offense ranked near the top of the league in numerous statistical categories this season, but Ortiz?s point is taken. Not only is he six years older than when the Red Sox last won a title, but Manny Ramirez isn?t walking through that door. Boston?s 2013 offense relied more on top-to-bottom production and generating baserunners than on star power and swinging for the fences.

The 2013 Red Sox certainly relied on more than just talent. General manager Ben Cherington, tasked with turning around a team that finished in last place in 2012, brought in players that provided grit and who were prepared to handle the pressure of playing in Boston. It turned out to be the perfect recipe, as the Red Sox blew nearly everyone?s expectations out of the water by winning a title much sooner than expected.

?This has been one of the best organizations since I?ve been here,? said Ortiz, who signed with the Red Sox as a free agent prior to the 2003 season. ?You have those funky years that you put a really good team together you don?t make the playoffs, and you have those other years that you let a big player go, and all of a sudden, you?re in the playoffs. This organization, as long as I?ve been here, has been a box full of surprises.

?So this is the kind of situation where the unpredictable happens,? Ortiz added. ?And this year, I think that people giving us the third place in the division — maybe the last one ? because of what happened last year, it helped us out. We had a little chip on our shoulder that we wanted to come in and put up a good run. And thank God we did.?

Ortiz is the ninth player to win at least three World Series titles with the Red Sox, and the first since three players did it in 1915, 1916 and 1918. He trails only Harry Hooper, who won four titles with Boston, although that could change in 2014. 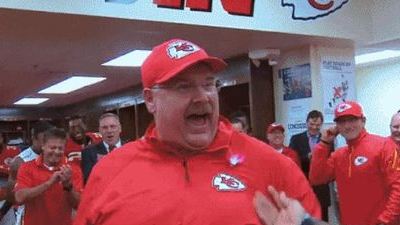