FOXBORO, Mass. — Tom Brady certainly won’t be among this week’s players of the game, but he came out in the second half like a different player and led the Patriots to 24 points.

Obviously the win wasn’t all on Brady. New England came out like a different team after Caleb Sturgis boinked a ball off the uprights midway through the third quarter. Miami’s offense was shut out in the third and fourth quarters and the Patriots’ defense came up with key stop and turnover after another.

All hope appeared to be lost after a dismal first-half effort by this team, but some key players on offense and defense changed the tides. Check out the five stars of the game below.

Devin McCourty: McCourty had a great, but silent, first few weeks of the season. He’s starting to make his presence known more now and he’ll start to get his deserved credit as one of the best safeties in the NFL.

McCourty’s biggest play came when he batted the ball back off the sideline and into Marquice Cole‘s waiting arms on a Ryan Tannehill target to Mike Wallace in the fourth quarter. But McCourty does a great job of shutting down the back half of the field. Quarterbacks are scared to target the dangerous former cornerback, who’s been moving all over the field lately.

Aaron Dobson: Dobson had a breakout game with four catches for 60 yards and a touchdown. He has a habit of getting wide open and typically Brady will find him.

Dobson also drew a key holding call in the third quarter. He’s coming into his own as a starter in this Patriots offense.

Logan Ryan: Ryan was benched in the first quarter, but made his presence known when he was finally allowed on the field. Ryan had a strip sack at the 10-yard line and some key pass breakups.

It’s odd that New England continues to throw Cole out on the field when Ryan has played so well. Kyle Arrington sat in the second half with a groin injury. It looks like the Patriots have found a real playmaker in the Rutgers corner.

Ryan had two sacks in the game.

Stevan Ridley: Ridley was also benched in the first quarter. But every time he came on the field, he created a spark in New England’s offense. Ridley had 11 carries for 70 yards and a touchdown. He’s clearly the best running back on the team, but he doesn’t get enough credit or snaps.

The Patriots continue to throw LeGarrette Blount and Brandon Bolden on the field on key snaps. Ridley should be the bell cow. There’s a reason he had 1,200 yards last year.

Chris Jones: The rookie defensive tackle didn’t finish with any sacks, but he was creating pressure all game and had some nice run stops. There’s a reason he’s emerged as the every-down interior lineman for the Patriots. He’s played very well.

Jones may be remembered for now as the guy who pushed Will Svitek against the Jets, but by the end of his career, that will look like a minor blip. Jones registered another sack for 4 1/2 on the season in just five games. He was cut by the Texans and Buccaneers already. Those struggling teams don’t need him? 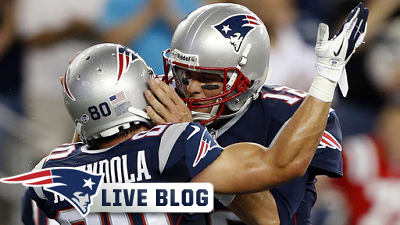 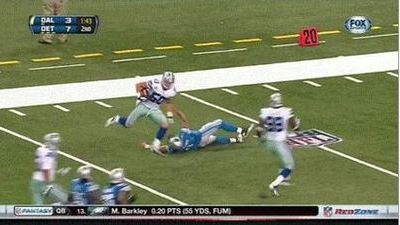