Anquan Boldin probably won’t be too happy about it, but the NFL is exploring adding even more games to their Thursday night schedule.

The NFL expanded its Thursday Night Football slate from eight to 13 games last seasons, but apparently the results haven’t been quite as good as the league originally expected and now they’re looking into adding even more Thursday games, according to the Wall Street Journal (link behind paywall).

Through five games in 2013, the NFL is averaging 8.1 million viewers, which would set a new record for TNF games. While Thursday night viewership continues to grow, the ratings are still far below what FOX, CBS, ESPN and NBC garner during Sunday and Monday broadcasts. The addition of another Thursday night game on certain weeks, which would seem to be the play here, would ultimately mean losing another game on Sundays. The NFL does have the right to remove some Sunday games in order to create a new package, as they negotiated into the most recent collective bargaining agreement.

The NFL has entertained offers from both Comcast and Turner Sports about hosting weekday NFL games on their networks in the past, but both were rebuffed in favor of putting games on the NFL Network. If there were more games to be added on Thursdays, the rights would likely be sold to a network such as TBS, TNT or NBC Sports.

Before any further Thursday night games could be added to the schedule, though, the NFL would need the approval of the NFL Players Association. That might be a difficult task, however, as players such as Boldin have come out in opposition to the Thursday slate, claiming that players don’t have enough time to fully recuperate from the prior week’s games. And with so much emphasis on player safety right now, there might be even more hesitation on the NFLPA’s part to add more games that players don’t want. 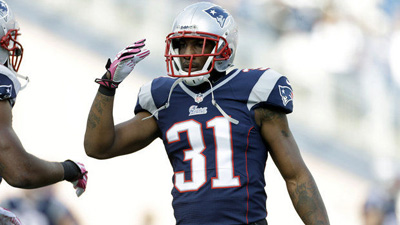