Roger Federer Says 'There's No Reason' He Won't Be Back in Contention in 2014, Is Using Rest of This Year to Prepare - NESN.com Skip to content Roger Federer has been told he’s fading by critics and his slowing body in recent years. This year, his results on the ATP Tour have joined the crowd that says Federer’s best days are behind him.

But until Federer, 32, decides he doesn’t have anything left, he has said he’s going to keep playing. Right now, at the end of a disappointing 2013, that means looking ahead to 2014.

“My mindset now is, OK, next year is going to be a great year again, where I’m not going to have that many points to defend, especially at some very key moments where I consider myself a favorite,” Federer said at the Shanghai Masters this week, taking the optimistic tack again. “For that reason, I’m really looking forward to 2014 already. But I feel like I also need the end of this year to prepare for ’14 because it has been a bit of a rocky patch the last couple of months.”

Federer has won more Grand Slam titles than any man in history (17), a stretch of dominance that included appearing in 24 finals. He also holds the record for the number of consecutive Grand Slam semifinals reached, at 23.

But this year, he put up his worst calendar year since his run at the top began. He fell in the semifinals of the Australian Open, the quarterfinals of the French Open, the second round of Wimbledon (where he is the seven-time champion and won during his 2012 resurgence) and the fourth round of the U.S. Open. He won just one tour event this year.

It is those majors that Federer has his eye on again.

“My expectations will always remain very high,” he said. “That will never change. As long as I’m physically and mentally fine, there’s no reason for me not to be taking part in the big matches. That’s what I’m looking forward to in 2014, to be part of those big matches.”

Federer has taken some time off, but the now-No. 7 player in the world says he’s ready to pick it up again.

“It’s one of those things you just want to move on from,” he said of this year. “But I think my game’s been coming back, which has been very important. Now it’s about staying positive and working hard every single day. That’s been the mindset.”

Federer’s opponents have found that mindset difficult to overcome before, and his foes will have to see if their assessment that Federer’s time is done holds up in 2014.

Brad Stevens Does Not Normally Name Captains, But Rajon Rondo Would Be Pick If He Did 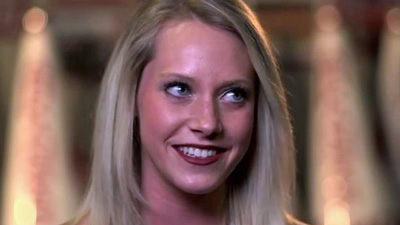