Iconic plays are often accompanied by iconic voices making the call. While Sunday’s Patriots game wasn’t a Super Bowl, or even a playoff game, it was a heck of a comeback in which Tom Brady orchestrated one of his trademark game-winning touchdown drives with a last-second strike to rookie receiver Kenbrell Thompkins.

Most people remember hearing Joe Buck‘s call of the final out of the 2004 World Series, as well as Dave Goucher‘s call of Patrice Bergeron‘s game-winning overtime tally in Game 7 of the 2013 Eastern Conference quarterfinals against Toronto.

Add the call from Scott Zolak and Bob Socci on Sunday to that list.

Socci, the play-by-play announcer for Patriots games on 98.5 The Sports Hub, hadn’t even uttered the words “touchdown” before Zolak went absolutely bananas. The result: a hysterical, near tear-inducing call in which Zolak screams “Unicorns! Show ponies! Where’s the beef?!”

If you missed it, or even if you didn’t, give it a listen below. 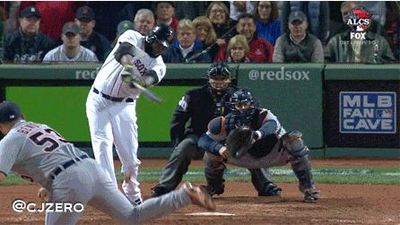