Kelly Olynyk Struggles And Other Impressions From Celtics' Loss to Grizzlies - NESN.com Skip to content It’s still early, but less than five percent of the way through the NBA season, Kelly Olynyk looks every bit a rookie.

Olynyk figured to struggle on Monday, when the Celtics traveled to Memphis to take on the formidable front line of Marc Gasol and Zach Randolph. A quick look at the box score and Olynyk’s four-point, four-rebound, three-foul night might make the casual observer shrug and say, “Yeah, that sounds about right.”

Then you watch the game, though, and you realize Gasol and Randolph actually had very little to do with Olynyk’s struggles.

Olynyk shot 1-for-8 from the floor in the Celtics’ 95-88 loss, dropping the team to 0-4 on the young season. The majority of those shots were wide-open midrange jumpers, and none of them looked to have a remote chance of going in. He even missed the rim entirely on one 17-foot try.

“I like him,” Randolph told CSNNE’s Abby Chin after the game. “I was telling the young fella Olynyk to just keep working and keep getting better.”

Randolph’s words of encouragement aside, Olynyk has yet to show the promise in the regular season that he flashed in preseason and summer league. He did put up 15 points and eight rebounds in Sunday’s loss in Detroit, but those encouraging stats came interspersed with five fouls and three turnovers. This is not simple inconsistency. It’s a rookie struggling to make the transition to real NBA games.

That doesn’t mean Olynyk was a bad draft pick or that he is doomed. It’s merely a reminder that all the fans who tell you they “like” Olynyk’s game so far this season are operating off little more than hope, because the actual evidence in that regard has been severely lacking.

Jordan Crawford just keeps playing well enough to deserve playing time — and doing enough ill-advised things for coach Brad Stevens to yank him off the court at a moment’s notice.

For the second straight game, Crawford provided a solid ballhandling and defensive presence early for the Celtics. He combined with Courtney Lee to give the Celtics one of their best stretches in the second quarter, when Boston outscored Memphis 26-19 to take the lead at halftime. Crawford’s final line of 12 points on 4-for-7 shooting, four assists, two steals, one block and two turnovers will have Washington coach Randy Wittman shouting, “Why couldn’t he do that when he was here?”

Crawford remains one of the most infuriating players to watch and coach, however. When he stemmed the bleeding with a 26-foot 3-pointer in the fourth quarter, Stevens did not hesitate to replace him with Avery Bradley anyway. It will always be a balancing act with Crawford. When he plays well, he can be so valuable, yet the better the he plays, the more prone he is to moments of irrational confidence. So far for the Celtics, Crawford’s good outweighs the bad ever so slightly.

Green goes to the rack

Break down Jeff Green‘s shooting in the following statistics and tell us what you see.

Notice the trend? Hint: It’s not exactly the reverse triangle inequality. When Green was aggressive and getting to the rim, he scored — a lot — and the Celtics were in control. When Green sat back and took long-range shots that were easy to come by, the Celtics’ offense fell off a cliff.

“I thought the play where we were down three with 32 seconds [remaining], we probably settled,” Stevens said of the play on which Green misfired on a potential game-tying trey. “That’s just a matter of me doing a better job of telling them it’s OK to take a two at that time.”

To be fair, Green’s shot selection was not the sole reason the Celtics lost the game. If somebody, anybody had been able to put a body on Jerryd Bayless or the Celtics did not collectively forget how to rebound in the fourth quarter, they may have walked out of FedEx Forum with a win. But as goes Green, so goes Boston, at least until Rajon Rondo comes back from his knee injury.

Doesn’t it feel good to Bayless?

Speaking of Bayless, the sixth-year guard out of Arizona did what guards out of Arizona are wont to do. They score in bunches. It’s been true of numerous former Wildcats, from Steve Kerr to Jason Terry to Gilbert Arenas.

Entering the fourth quarter, Bayless has played nine scoreless minutes, missing all four shots he took. In the final 12 minutes — of which he spent the entire time on the court — Bayless erupted for 15 points to almost single-handedly lead Memphis back into the lead.

“For the most part, the game was turned by Bayless,” Stevens said. “They’re a deep team. They’re a very talented team. And I thought we did a heck of a job [Monday] in a lot of ways.”

How ridiculous was Bayless’ big fourth? His 15 points were enough to tie him with Zach Randolph and Marc Gasol as the team’s high scorers. And each of them played more than 32 minutes. 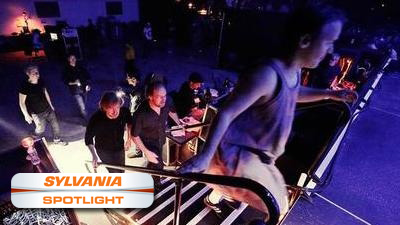