Mayor David Ortiz — it has a nice ring to it, doesn’t it?

While New York City elected Red Sox fan Bill de Blasio as mayor of the Big Apple, Boston nearly one-upped NYC (once again) by electing an actual Red Sox player. According to WGBH via Deadspin, Ortiz received the most write-in votes in the city’s mayoral election earlier this week.

Records indicate that there were 560 total write-ins but it’s unclear exactly how many the Sox DH received.

Ortiz just wrapped winning his third World Series with the Sox and was the recipient of the 2013 World Series MVP trophy after batting .688 and posting a 1.948 OPS.

Big Papi has quite the relationship with current mayor Thomas Menino.

?That?s my man, you know. Me and Menino, we go way back and we always do a lot of things together,? Ortiz said earlier this week. ?Knowing he was going to retire, it was a shock. We?ve had Mayor Menino over, what, 20 years? He?s done an incredible job through the years. I wasn?t ready to see him retire, but it happens to all of us.

“I was proud to get to know him through the years, doing things with him, especially for kids. I love kids. He encouraged me to do things like that,? Ortiz added. “The political side ? I don?t know about that and I stay away from that. He just told me, ?Go get ?em, tiger.?” 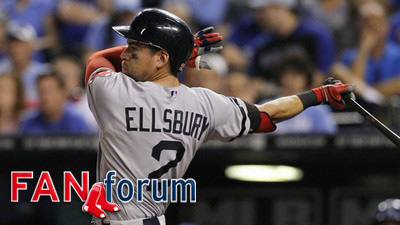