Alex Rodriguez 'Confident' He Will Play Next Season, Says He's Working Hard to Get Back in Yankees Lineup - NESN.com Skip to content The polarizing third baseman is still waiting to learn his fate for the upcoming season as arbitrator Fredric Horowitz has yet to announce his decision on Rodriguez’s appeal of his 211-game suspension. Rodriguez’s future in the MLB may be uncertain, but Rodriguez believes that he knows where he’ll be next season.

Rodriguez spoke to reporters at David Ortiz‘s annual charity event in the Dominican Republic, and when asked his thoughts on if he’ll be allowed to play next season, he made it clear that he plans on being at the hot corner for the Bronx Bombers.

“Yes, I feel confident. I’m preparing as always, working hard. I feel completely healthy, I have the entire offseason to prepare for it,” Rodriguez said.

The ruling is expected to come next month, but until a decision is reached, Rodriguez will continue to be hounded by questions about the grievance matter — much to the 37-year-old’s chagrin.

“We have to get out of this and start talking baseball, about the good things with MLB and about my hard training work to get back in the middle of the Yankees’ lineup,” Rodriguez said. 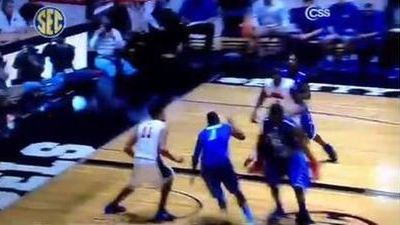