Earlier this year, President Barack Obama expressed his disapproval for Washington’s decision not to change the Redskins’ nickname. It appears he’s not the only politician voicing his displeasure.

Senate Majority Leader Harry Reid (D-Nev.)jumped into the conversation on Thursday, backing the president’s opinion and urging Washington to rethink their stance on the name, according to The Hill .

?We live in a society where you can?t denigrate a race of people,” Reid said. “And that?s what that is. I mean you can?t have the Washington Blackskins.

?I think [Washington Redskins owner Dan] Snyder is so shortsighted on this.?

Snyder has remained adamant that he will not change the name. NFL commissioner Roger Goodell originally sided with Snyder on the issue. However, he has eased his stance in recent months. 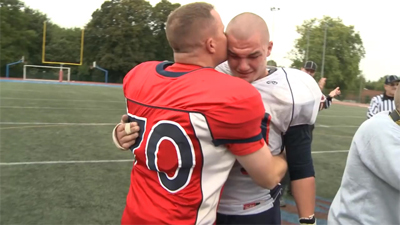