It’s been almost 12 years since the New England Patriots shocked the St. Louis Rams in Super Bowl XXXVI, and Marshall Faulk still can’t get over it.

In what’s become an almost annual trend, Faulk spoke out against the Patriots again Thursday, calling them out for the Spygate scandal, including his belief that they cheated to win that Super Bowl in 2002.

?Here?s the thing: In the NFL, you don?t get fined for nothing. All right? Let?s understand that. OK? We?re smart, we?re businessmen, and it?s about protecting the brand, protecting the shield,? Faulk said during an interview with WEEI’s Mut and Merloni. ?Now, you tell me, at anything that you do, if you find out somebody cheats you in any little way, that you?re OK with it. I mean, you?re not a competitor. You?re not a competitor if you?re OK with it. I?m a competitor. That?s what I am.

?It?s not like I hadn?t played that team before. It?s not like I didn?t know what they were going to do to me. That?s fine. And up until that day that we found out that information, you had never heard me say anything about that team or about what they did. And I still consider [Bill] Belichick one of the greatest coaches. I still consider Tom Brady one of the greatest players. That team and what they did, and went on that run, it was great. The only thing that bothers me is there?s something that exists that gives us doubt on why the game went the way it did.?

Faulk, who retired after the 2005 season, wouldn’t call the Patriots cheaters outright, but he was more than willing to insinuate the fact during the interview, even questioning their three Super Bowl victories and asking why they haven’t won since being outed.

?The question is, how did they become a championship team? ? Listen, I?m not going to be the only one to say this: Ever since they got fined and, ?OK, we?re not doing that anymore,? they?ve won how many Super Bowls?? he asked.

Faulk, while praising Brady and Belichick, still had gripes about Brady’s unexpected ascension from sixth-round pick to a future Hall of Famer.

?Hating the Patriots would be crazy. That would mean I hate Tom Brady, and I love what Tom has done,? Faulk said. ?I think they get upset because I look at being the [second] overall pick going to a team, changing the franchise when people expect you to. I consider that to be a more daunting task than coming from being a sixth-round pick when nobody is expecting you to do nothing and taking the team to a Super Bowl. I just think that?s a harder thing to do. Because I know what changing the Colts organization is like. I failed at it once, and I succeeded another time. So, it?s a lot. It?s a lot to do. And not to just do it, but do it and be considered one of the greats, if not the greatest quarterback of all time.?

Faulk’s comments this time around seem to be more tempered than in years past. However, it’s obvious that the Hall of Fame running back still holds a grudge against the team that cost him a second Super Bowl ring. 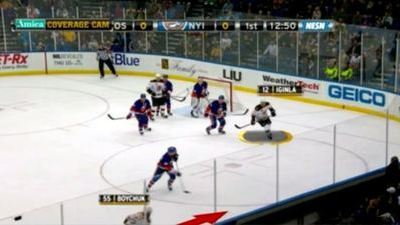