Quarterback Tom Brady and the New England Patriots dropped the AFC Championship Game to the Denver Broncos, and will be watching the Super Bowl from home (well, maybe not Brady) — but don’t tell that to Dr. Shukri David.

David, a cardiologist, was a guest on a local news broadcast Saturday morning where he was tasked with giving some heart-health tips for dining on Super Bowl Sunday. Once the subject turned to the news hook for the segment — the Super Bowl — things got really awkward. The show’s anchor asked David who his pick is to win the Super Bowl, and David responded by saying he’s a “Brady fan… So, go Patriots!”

The anchor tried to drop some hints that it’s actually the Denver Broncos and the Seattle Seahawks in the Super Bowl, but David was confident in his pick saying, “No, not Peyton Manning, they’re out. I’ve been following the Patriots and I think Brady’s going to pull it off.”

Check out the painfully awkward moment in the video below, with a fist bump to Deadspin. 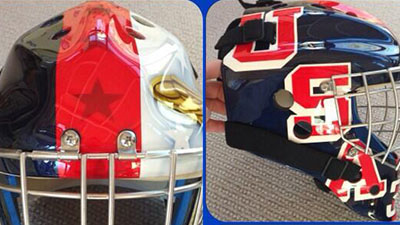 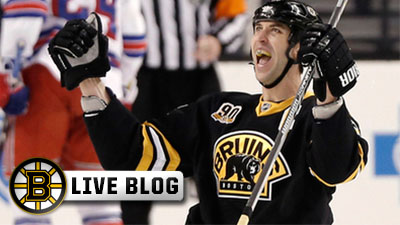 Bruins-Oilers Live: B’s Bounce Back With Convincing 4-0 Win Over Edmonton