The most important moment in a California high school basketball state tournament game over the weekend came after the outcome was already firmly decided.

With Trinity Classical High leading Desert Chapel by 23 in the final minute of the CIF-Southern Section Division VI championship game on Saturday, Beau Howell, a 5-foot-6 freshman with autism, checked into the game for Trinity. Howell had played in nine games earlier in the season, but he had yet to score, and with victory already out of reach, the Desert Chapel players decided to get Howell his first basket.

The freshman missed his first two attempts — with the defenders backing off to let him shoot — but after the Eagles grabbed the second rebound and called timeout, they gave the ball right back to Howell, who sank a bucket from the paint and immediately was embraced by his Trinity teammates.

?We saw him come on the court and everyone giving him a standing ovation, and he probably hadn?t scored in his life,? Desert Chapel senior Taner Alvarez told The Santa Clarita Valley Signal. ?Why not let him score in the biggest game of his life??

Alvarez said neither he nor his teammates knew at the time that Howell had autism.

?He wanted me to make the shot,” Howell said of Alvarez, “even though they lost.”

Howell’s basket was last of the game, which Trinity won 77-52.

Check it out in the video below, with a hat tip to For The Win. 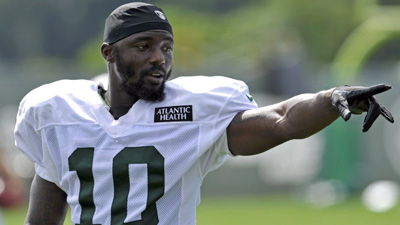