Capuano, who signed with the Boston Red Sox early in spring training, received some special gifts this week from his former elementary school, according to ESPN.com’s Gordon Edes. Sixth-graders (and some fifth-graders) from St. Thomas the Apostle Catholic School in West Springfield sent Capuano about 50 handmade cards filled with messages of encouragement and support.

Sister Patty Hottin, principal of St. Thomas the Apostle, attended high school with Capuano’s parents, Kathy and Frank. She announced over the school’s intercom last month the Red Sox had signed Capuano, and the children who attend the school thus decided to reach out to their local hero.

“The kids here feel like he’s their rock star,” Sister Patty told Edes. “They know he went to school here and that if he can do it, they can do it. We’re really psyched. We’ve known him for a long time, but this is coming home.

“I think he’s going to do great things, and I’ll tell you why. He’s got all these kids who believe that what they ask in prayer happens, and they’re doing a lot of praying.”

Capuano, who attended St. Thomas the Apostle from kindergarten through eighth grade, later attended Cathedral High School in Springfield. The 35-year-old left-hander figures to be part of the Red Sox’s bullpen to open the 2014 season. 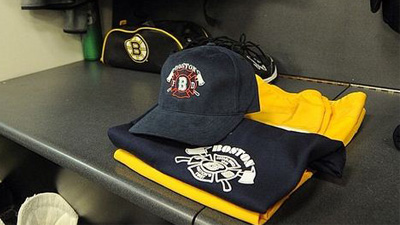