Luiz Felipe Scolari won’t mind if players on Brazil’s national team are scoring on, or off, the field during the 2014 FIFA World Cup. Scolari just doesn’t want them to put their physical well-being at risk when doing so.

Brazil’s head coach said Monday that he’ll allow his players to have sex during the month-long tournament, as long as they don’t engage in the “acrobatic” variety.

“The players can have normal sex during the World Cup,” Scolari told reporters, according to Metro. “Usually normal sex is done in a balanced way, but some like to perform acrobatics. We will put limits and survey the players.”

Tasked with leading host nation Brazil to its first World Cup title since 2002, Scolari must walk a fine line between being a disciplinarian and a “players’ coach.”

It’s unlikely that veteran star and playboy Ronaldinho (who has his own signature brand of condoms) will be part of Brazil’s World Cup team, so Scolari might be able to trust his players to do the right thing during the World Cup.

Review our coverage of the 2014 World Cup draw>> 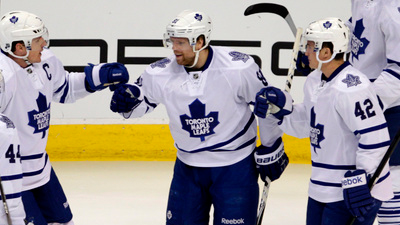