Ryan Dempster might have (temporarily) hung up his cleats, but he’ll still be involved in Major League Baseball during the 2014 season.

The former Boston Red Sox pitcher will join MLB Network as a studio analyst this season, according to a tweet from the network’s PR account, and will make his debut Wednesday when the Chicago Cubs celebrate the 100th anniversary of Wrigley Field.

Dempster surprised Sox fans in February when he announced that he wouldn’t pitch in 2014 because of physical reasons and a desire to spend more time with his family.

The 36-year-old veteran was an integral part of Boston’s 2013 World Series championship season, making 29 starts as the fifth starter in the Red Sox’s rotation. Dempster was bounced out of his starting role in the postseason to make room for returning pitcher Clay Buchholz. He allowed just one run in four postseason appearances as the Red Sox won their third World Series championship in 10 years.

Dempster signed a two-year, $26.5 million contract with the Red Sox before the 2013 season and forfeited $13.25 million in guaranteed salary by sitting out this season. 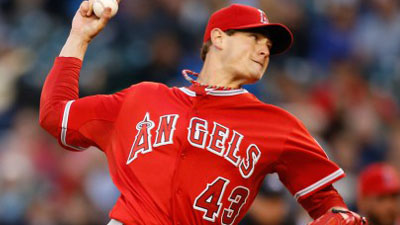