Rugby Player Congratulates Opponent Who Punched Him In The Face (GIF) - NESN.com Skip to content

Youngs, a hooker for the Leicester Tigers, was jostling with Northampton’s Salesi Ma’afu during the semifinals of the Aviva Premiership that afternoon when Ma’afu cocked back his left hand and cracked Youngs square in the jaw.

Ma’afu was given a red card and tossed from the game for his fisticuffs, forcing the Saints to play one man down for the final 25 minutes of the second half. Northampton came alive with the big man in the sin bin, though, scoring 15 of the final 18 points to edge Leicester 21-20 and earn a spot in the title game.

So, again, not a great afternoon for Mr. Youngs, whose Premiership season now is over. But you’d hardly know it by looking at his Twitter account.

Youngs tweeted at Ma’afu the morning after the loss to congratulate him on his textbook left hook and wish him luck in the upcoming final.

Ma’afu’s response was similarly sportsmanlike, offering to bury the hatchet over a beer.

That’s a couple of rugby players for you. 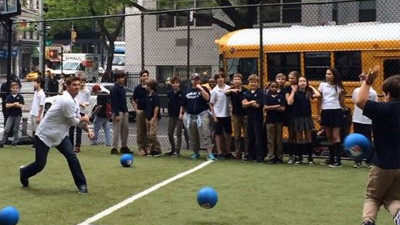 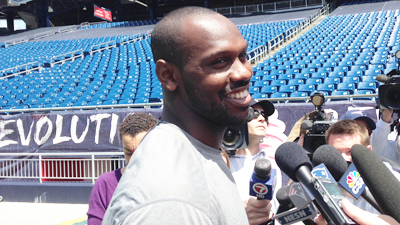