Rubby De La Rosa is learning on the fly.

De La Rosa surrendered three runs in the first inning Wednesday as the Boston Red Sox fell to the Baltimore Orioles 6-0 at Camden Yards. It looked like the 25-year-old was in for a long night until he made some key adjustments that enabled him to last into the sixth inning despite suffering his second loss in three starts.

“I thought tonight was an important learning experience for him,” Red Sox manager John Farrell said following Wednesday?s loss. “The way in which he needs to use his fastball. Quickly, the word spreads around this league on what an individual pitcher will go to. I thought once he started to use his fastball more from the third inning on, he forced some swings and made his changeup and his breaking pitches that much more effective.”

De La Rosa overcame his unpleasant first inning by allowing just one run on five singles and a walk over the next 4 2/3 innings before the Red Sox turned to their bullpen prior to a one hour, 38-minute rain delay. The right-hander struck out seven, including four straight between the fifth and sixth innings.

De La Rosa mixed speeds well throughout his outing and showed an ability to reach back even as his pitch count neared the century mark. He blew 96 mph heat by Nelson Cruz and Chris Davis in the fifth inning, and then touched 96 mph with a 2-2 fastball to J.J. Hardy in the sixth inning before fanning the Orioles shortstop with an 83 mph changeup.

“I think he realized with the velocity he has to speed some hitters up, make them swing the bat before he goes to that pitch,” Farrell said. “Once he did that, he settled into a pretty good rhythm and put up zeros.”

The changeup arguably was De La Rosa?s best pitch in his first two starts, but Adam Jones and Davis jumped all over the pitch in the first inning Wednesday, mainly because the young hurler didn’t establish his fastball out of the gate. De La Rosa started off Jones with a 92 mph fastball before a second-pitch double, and Davis crushed the second of back-to-back changeups into the right field seats for a two-run homer.

“I’ve got to use more of my fastball,” De La Rosa acknowledged after the game. ?They can’t hit me with the fastball. I felt better in the second inning. My command was better and my fastball location was better.?

The box score also proved much better for De La Rosa following the first inning. The problem was that an early three-run deficit was insurmountable for the Red Sox?s struggling offense.

Xander Bogaerts Confident Despite Slump: ‘Sit Back, Relax And Enjoy’ 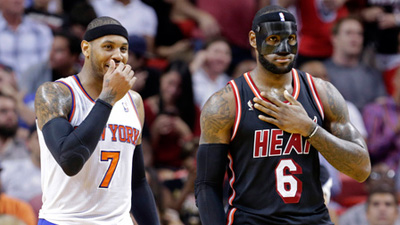