Group C favorite Colombia brings its strongest team in a generation to Brazil, and “Los Cafeteros” are confident they can match or better their best-ever showing at a World Cup (the Round of 16 in 1990). Despite missing superstar striker Radamel Falcao, head coach Jose Pekerman has enough firepower to score against any group opponent. However, preventing goals is another story. Colombia should beat Greece in its opener before facing Ivory Coast in a game that’s too close to call. It then faces Japan in another game it should win.

Greece never has reached the knockout rounds, and that’s likely to continue in 2014. Greece has decent strength and depth in both attack and defense but lacks impact players in midfield. Greece likely will fall to Colombia in its first game before facing Japan in a game its opponents describe as “must-win.” Any point(s) Greece earns in Group C is likely to come against Ivory Coast, who could have already secured progression by the time they meet.

This will be the last chance for Ivory Coast’s so-called “golden generation” to go deep at the World Cup. With Didier Drogba, Yaya Toure and others in the squad, scoring goals in this group shouldn’t be a problem. Head coach Sabri Lamouchi immediately must strike a balance between attack and defense, as his team plays its toughest opponents first. “The Elephants” should fly into the tournament and beat Japan in its first game. Colombia will be difficult, but Ivory Coast can draw that game. Depending on other results, Ivory Coast could rotate players for the Greece game, leaving itself vulnerable to an upset.

Japan is competing in its fifth consecutive World Cup and looking to repeat the successes of 2002 and 2010, when it advanced to the Round of 16. The “Samurai Warriors'” squad includes a number of Europe-based players, and head coach Alberto Zaccheroni is hoping their experience at club level will transfer to the international stage. If Japan earns at least a point against Ivory Coast in its first game and beats Greece in its second contest, it will have momentum on its side when it goes up against Colombia in the deciding game. However, this is a best-case scenario, and we expect Japan to fall short (but not by much).

Can’t-Miss Games
Ivory Coast-Japan should set the stage for an exciting and unpredictable Group C, as the winner of that game will take a giant step toward the knockout rounds. Colombia-Ivory Coast could be best game in terms of quality. Colombia-Japan will be a cagey and tense affair worth watching, depending on how previous results set up things.

Players To Watch
— An intense spotlight will shine on Colombia’s attackers because of Falcao’s absence. Jackson Martinez, Teofilo Gutierrez, James Rodriguez and Juan Guillermo Cuadrado haven’t yet matched Falcao’s achievements in Europe, but the trio can breach any defense when playing well.

— Greece defender Sokratis Papastathopoulos will be face a number of big-name strikers in Group C. How well the center back handles them could determine Greece’s World Cup fate.

— Drogba and Toure will hog headlines for Ivory Coast, but Cheick Tiote and Didier Zokora will be equally important. The Elephants must defend with discipline, while Drogba, Toure and others maraud forward in search of goals. 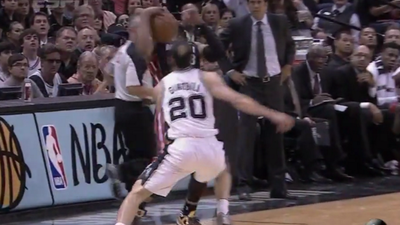