It’s official. Marcus Thornton and Tyler Zeller are now Boston Celtics, although fans might want to hold off getting either player’s jersey for the time being.

The Celtics on Thursday announced their trade with the Cleveland Cavaliers and Brooklyn Nets, finalizing the terms of the three-team swap. The Celtics add Thornton from Brooklyn and Zeller and a future first-round draft pick from Cleveland, as expected, with the Celtics sending a conditional future second-round pick to the Cavs.

The draft pick acquired by the Celtics has been widely reported to be a top-10 protected first-rounder in 2016, 2017 or 2018. If the Cavs have not relayed the pick by 2019, it would be unprotected.

The Nets received supersub combo guard Jarrett Jack and Sergey Karasev from Cleveland, while the Cavs received the draft rights to Ilkan Karaman and Edin Bavcic from Brooklyn, along with the Celtics’ second-rounder. More importantly for the Cavs, they opened up salary cap space to offer a maximum contract to free agent LeBron James.

This deal already was a winner for Celtics president of basketball operations Danny Ainge, but it gets even sweeter now that it appears the Celtics won’t even have to give up the second-round pick. Thanks to hefty protections placed on the pick, it is unlikely the Celtics will ever surrender it, according to the Boston Herald.

So, ultimately, the Celtics appear to have gotten a first-round pick and a workable young big man in Zeller for nothing more than an expiring $10.3 million trade exception and an agreement to take on the remaining $8.6 million of Thornton’s salary for the coming season.

Ainge could be far from finished dealing, however. This trade leaves the Celtics with 17 players under contract — two more than the league max — and less than $2 million over the luxury tax line. So, more moves could be coming. 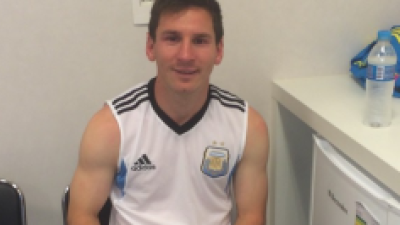