It’s been a roller-coaster week for Belgian teenager Axelle Despiegelaere.

The 17-year-old became one of the faces of the 2014 FIFA World Cup after photos of the beautiful fan cheering on her country went viral. Despiegelaere’s newfound popularity resulted in her landing a modeling contract with L’Oreal, which she announced earlier this week, but the beauty company already has dropped her.

Despiegelaere received some serious backlash for a controversial picture that she posted to her Facebook page, which shows her holding a rifle and sitting behind a dead gazelle while on a hunting trip.

The picture and corresponding caption sparked outrage on social media, and although Despiegelaere apologized in the comments section, saying “it was a joke,” L’Oreal decided to cut ties with her, saying her contract has been “completed.”

“L?Oréal Professionnel Belgium collaborated with her on an ad hoc basis to produce a video for social media use in Belgium,” said a representative. “The contract has now been completed.”

L’Oreal wouldn’t confirm the photograph was the reason behind terminating Despiegelaere’s contact, but it said it was aware of the photo and stressed the company “no longer tests on animals, anywhere in the world, and does not delegate this task to others.” 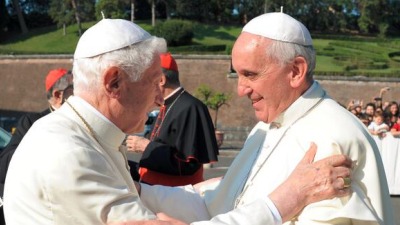