Escobar and Hembree, who were optioned to Triple-A Pawtucket, were considered top-10 prospects in the Giants’ organization.

The Red Sox announced the trade shortly after multiple outlets reported the deal. The Boston Herald?s Jen Royle reported Saturday morning that Peavy was close to being dealt to a National League team, and FOX Sports? Ken Rosenthal noted the Red Sox and Giants had been in serious discussions Friday. Multiple outlets later confirmed the trade was done, pending commissioner office’s approval, and ESPN’s Buster Olney first reported the Red Sox would receive Escobar and Hembree in the deal.

Peavy, whom the Red Sox acquired from the Chicago White Sox before the 2013 trade deadline, went 4-1 with a 4.04 ERA in 10 starts down the stretch last season. The right-hander is 1-9 with a 4.72 ERA in 20 starts this season, although his low win total can be partially attributed to a lack of run support (2.76 per game, second-lowest among all American League starting pitchers)

Peavy now is heading back to the National League, where he enjoyed a ton of success early in his career. The three-time All-Star spent parts of eight seasons with the San Diego Padres (2002-09), during which he posted a 92-68 record and 3.29 ERA. He won the NL Cy Young Award in 2007.

Peavy joining the Giants represents a reunion of sorts, as he played under San Francisco manager Bruce Bochy while in San Diego. The right-hander also has enjoyed success against the Los Angeles Dodgers — 14-2 with a 2.21 ERA in 25 starts — so that further explains the Giants’ motive to complete such a deal.

Olney reported that Peavy is expected to start Sunday night against the Dodgers.

Olney also reported that the Red Sox and Giants are splitting the remaining $5 million on Peavy’s $14.5 million contract as part of the trade. Peavy is scheduled to be a free agent after this season. 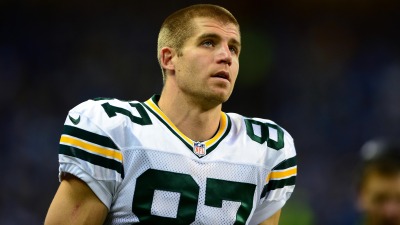