Carl Crawford: Playing In Boston Is 'Scar That I Think Will Never Go Away' - NESN.com Skip to content It’s been almost two full years since Crawford was shipped to the Los Angeles Dodgers in a blockbuster trade, but the former Red Sox outfielder still has no problem telling anyone who asks how much he hated playing in Boston. This time, it was WEEI.com’s Rob Bradford who chatted with Crawford on Thursday, and once again, the former All-Star was more than willing to speak about the apparent horror that is playing for the Boston Red Sox.

“That place is going to be the same forever, and I don’t want no part of it,” Crawford told WEEI.com. “I’m happy where I’m at right now.”

Crawford admitted that Boston feels like a long time ago, but he also said the terror — or whatever it is he feels — creeps back in sometimes.

“I try and put that as far behind me as I can,” he added. “I would like to feel like that, but it still feels fresh at times. Just because it was one of the toughest times of my life. That’s a scar that I think will never go away. I’ll always remember that feeling.”

To Crawford’s credit, he did take some responsibility for his role in the debacle. He revealed to WEEI.com that he didn’t give his free-agency decision too much thought and just chased the best contract when he signed a seven-year, $142 million contract before the 2011 season.

“I definitely wouldn’t have went to the highest bidder,” he said. “If I could have done it over again I would have gone into more detail into everything. I didn’t do any research about nothing. I didn’t know much about Boston, only when I played there. If I went into a little more depth as to what I was getting myself into things probably would have been a little different.”

In the Red Sox’s first full season without Crawford — as well as Adrian Gonzalez and Josh Beckett — they won the World Series. They did so with a tight-knit team that seemed to embrace playing in Boston. In other words, they were everything the Red Sox weren’t during Crawford’s time in Boston. Despite that, Crawford doesn’t think anything really changed and doesn’t think it ever will, either.

“They say everything is different,” he told Bradford. “But you can have a good team, but you can’t escape all that other stuff up there,” he said. “I don’t want to get into all that other stuff. It’s good they won a World Series, but I’m pretty sure nothing has really changed.”

Click here for the entire WEEI.com interview with Crawford >> 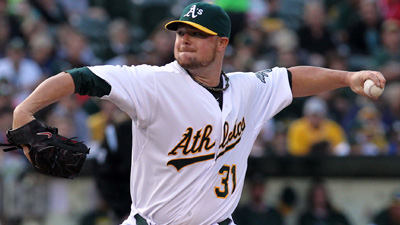