Clay Buchholz?s last two outings can be described as such, showing there?s still plenty of promise left in the 30-year-old?s right arm despite a turbulent 2014 season. The difference Sunday was that Buchholz finished the job, spinning a complete-game, three-hit shutout in a 3-0 win over the Tampa Bay Rays at Tropicana Field.

?It?s late in the season, but the season?s not over with yet,? Buchholz said. ?There?s a lot of things that I can improve on and I?m looking forward to moving on to spring training next year. Just try to get better with what I got and today was a good day.?

Buchholz was nearly as impressive Monday against the Blue Jays at Rogers Centre, holding Toronto to only two hits over the first 8 1/3 innings. He sputtered in the ninth inning of that start, though, and closer Koji Uehara allowed all three inherited runners to score after Buchholz loaded the bases in the ninth to spoil the starter?s bid for win No. 6.

Rather than dwell on the unfortunate set of circumstances surrounding his previous outing, which the Red Sox ended up winning 4-3 in 10 innings, Buchholz showed up at The Trop and dominated the Rays. He relentlessly pounded the strike zone, throwing 15 consecutive strikes to open the contest and misfiring with only two of his first 23 offerings. Buchholz ended up throwing 70.4 percent (69 of 98) of his pitches for strikes, finishing his gem with an eight-pitch ninth inning in which he retired the side in order.

?He was extremely efficient. When you consider the number of first-pitch strikes he threw, overall strikes, command of the count, multiple pitches for strikes, he was very good,? Red Sox manager John Farrell said. ?He was able to bring his two-seamer back in on the inside part of the plate to some left-handers, on the outside part of the plate to some right-handers. Couple of key ground ball double plays. He was in complete command for nine innings today. Outstanding effort.?

Buchholz struck out six and didn?t walk anyone Sunday. He retired the final 12 batters he faced and only allowed one runner to advance beyond first base. Catcher Christian Vazquez put the performance right up there with Buchholz?s July 13 start in Houston, during which the right-hander struck out 12 in a complete-game, three-hit shutout to close out the first half.

The issue this season, of course, has been building on the positives. Every time Buchholz starts to look like the ace-like pitcher who dominated through his first 12 starts of 2013, something happens. Often, it?s a one-inning implosion in which things unravel at the drop of a hat.

Buchholz avoided such a disaster Sunday despite the fresh memory of a collapse up in Toronto. It?s a comforting notion for a pitcher who could be looking at back-to-back shutouts if not for a few mislocated pitches in the ninth inning north of the border.

?This is as good as it?s ever been,? Buchholz said of his stuff after silencing the Rays on their home turf. ?It?s about the same as it was last year. Just been able to throw all four or five pitches and throw them for strikes. It?s fun to pitch when it?s like that.?

Buchholz sure had some fun Sunday. Better late than never. 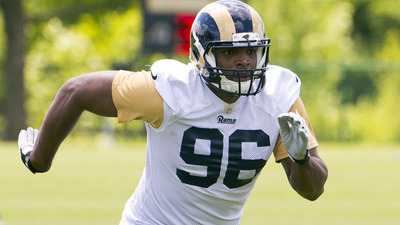