Mino Raiola is one of few people who are able and willing to speak authoritatively about Mario Balotelli’s imminent transfer to Liverpool from AC Milan.

The clubs, Balotelli and his representatives are putting the finishing touches on his £16 million ($26.5 million) move to Anfield, which should be finalized early this week, Raiola, the Italian striker’s agent said on Saturday.

“I’ll conclude the transfer on Monday or Tuesday, as there are still a few things to sort out,” Raiola told Italian newspaper Corriere della Sera, according to Football Italia and the Mirror.

Balotelli was a prolific goal scorer for Milan (scoring 30 goals in 54 games in one-and-a-half seasons), but the club faltered in 2013-14, finishing eighth in Italy’s Serie A (first division) — its worst domestic campaign since 1997-98. Despite Balotelli’s impressive goal record, he often was criticized in Italy for Milan’s downfall.

Raiola now expects Balotelli to flourish at Anfield, having been freed from the responsibility and pressure of leading his team.

“I sought out for him a team where he can be an important element without being asked to be a leader,” Raiola said, according to Football Italia. “Liverpool have (captain) Steven Gerrard. There Mario will be protected and can give his best.

“Now it’s up to him (to succeed). Another flop is inadvisable … Not everyone is born to be a leader and a good striker is not always a leader either.

“Mario needs to get this pressure off his shoulders. He must feel free to score goals and that’s it.”

Raiola added that Liverpool will be Balotelli’s last opportunity to fulfill his potential — that of being one of the best players in the world.

“At the top level, yes,” Railo answered when asked if this was Balotelli’s last chance to prove his greatness. “It’s either make or break now. If it goes wrong? Mario is 24 years old. He no longer has the alibi of his age.”

The Liverpool Echo reports Balotelli flew to Liverpool on Friday where he completed a routine physical examination and finalized a three-year contract over the weekend.

Balotelli won’t play for the Reds against Manchester City on Monday, but he could be available for their next game — against Tottenham on Aug. 31. Then, we’ll start learning whether Raiola’s assessment is correct or wide of the mark.

See our live blog of Balotelli’s transfer to Liverpool >> 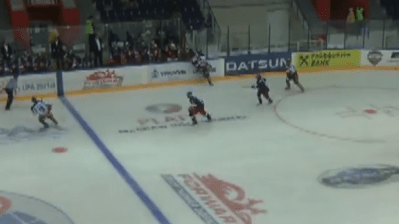