Loui Eriksson Eager To Prove His Worth In Second Season With Bruins - NESN.com Skip to content Loui Eriksson wasn’t able to perform at a top-six level in his first season with the Boston Bruins after he was the centerpiece of the package the team received from the Dallas Stars in the Tyler Seguin trade.

Two concussions prevented Eriksson from staying healthy consistently, which resulted in him losing his second-line winger role to Reilly Smith and taking longer to learn the Bruins’ structured, defense-first system that is much different from what he had in Dallas.

Eriksson is motivated to prove his doubters wrong in 2014-15.

“I think I can bring a little more,” Eriksson said Monday at Shawn Thornton?s annual charity golf tournament at Ferncroft Country Club, per CSNNE.com’s Joe Haggerty. “I want to show everybody that I can play really good. I’m really looking forward to it.”

Eriksson’s adjustment to the Bruins was more difficult than most people anticipated, but he’s confident that Year 2 will be easier after playing 73 games for Boston last season, including the Stanley Cup playoffs.

“You want to be better,” Eriksson said, per ESPN Boston’s Joe McDonald. “I learned the system a lot my first year and how to play here. It?s definitely a little bit easier this year.”

Eriksson definitely performed at a higher rate as the season progressed. He played a key role in Sweden’s silver medal campaign at the 2014 Winter Olympics in Sochi, and then finished the regular season with 17 points (four goals, 13 assists) in his last 24 games.

His role for 2014-15 likely will be first-line right wing alongside David Krejci and Milan Lucic. Eriksson received limited minutes on the top line last season, but he impressed enough to make Bruins general manager Peter Chiarelli confident that the 29-year-old veteran can thrive in that position moving forward.

?I?m really comfortable with (Eriksson on Line 1). It?s a different look, but (Eriksson) is a very smart player,? Chiarelli said July 1. ?He?s a great two-way player. He plays a very smart game. I saw him play with the Sedins (at the Olympics) ? he can play at that level.”

Eriksson should become a 60-plus point player again if he stays healthy, and despite his recent battles with concussions, he’s shown impressive durability throughout his career. He missed a total of just three games over the last five seasons he spent with the Stars. 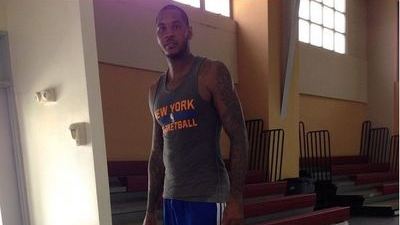