Tom Brady doesn’t have all of his offensive weapons at his disposal yet, but the New England Patriots starting quarterback looks infinitely more comfortable than he did last season.

The Patriots offense looked in great shape on Friday night in their third preseason game of the season, and that was without tight end Rob Gronkowski and wide receiver Aaron Dobson against the Carolina Panthers. Looking back, it was understandable that Brady struggled at times last season. Gone were Gronkowski, Shane Vereen, Danny Woodhead, Brandon Lloyd, Wes Welker and Aaron Hernandez, and in their place were rookies, castoffs and reserves.

Brady made the most of an unfavorable situation, and still led the Patriots to a 12-4 record. Brady might make Pro Football Focus and ESPN.com’s Sam Monson — who wrote this summer that TB12 is no longer “elite” — look mighty silly if the preseason is any indication for how the Patriots’ starting quarterback will perform in 2014.

The Patriots are back to having so many weapons on offense that it will be curious to see how Brady will spread the ball around. Gronkowski and wide receiver Julian Edelman will be Brady’s top targets, but slot receiver Danny Amendola and third-down back Shane Vereen will get their fair share of targets, as well. Dobson and fellow wide receivers Brandon LaFell and Kenbrell Thompkins will be left to compete for one or two roles in three- and four-wide receiver sets.

Brady’s chemistry with Vereen was on full display against the Panthers, when the pair hooked up for 57 yards and two touchdowns on five receptions. If Vereen is able to stay healthy, he could be the top receiving running back in the NFL this season. And given Vereen’s past injury concerns, it was wise to select his backup — James White — in the 2014 NFL draft.

Check out the rest of NESN.com’s observations from Friday night’s Panthers-Patriots preseason matchup.

— Cornerback Alfonzo Dennard looked great in his first preseason game of the season. He was targeted twice and didn’t allow a reception.

— Darrelle Revis wasn’t perfect, for once. The All-Pro cornerback allowed a 12-yard reception to Kelvin Benjamin on two targets. He allowed a reception earlier in the preseason game, but the play was called back because of a penalty.

— Edge defender Chandler Jones had two sacks and three pressures in limited action. He also was very active against the run. If Jones can keep playing like he did on Friday night, he’s on his way to an All-Pro season.

— Defensive tackle Vince Wilfork looks all the way back from last season’s torn Achilles. He was disruptive in the pass and run game. Wilfork’s play should help boost the entire front seven’s play this season.

— The Patriots are giving early opportunities to some unexpected players, like cornerback Malcolm Butler, offensive lineman Jordan Devey, linebacker James Morris and running back Jonas Gray. Even if Bill Belichick just wants to see how those players react to lining up against top competition, it’s a good sign for their status on the Patriots.

— White has been steady in preseason play, but he has yet to rip off a big run or catch. The Patriots might not be able to count on him to run the ball on first or second down early in the season, which could open up a roster spot for a player like Gray.

— The Patriots continue to rotate their safeties. I wouldn’t be surprised if that rotation continues into the regular season with Patrick Chung getting early-down reps, and Harmon or a cornerback handling nickel duties.

— Taylor McCuller, a college linebacker turned fullback, made major strides in this third preseason game, hauling in three nice receptions for 32 yards and a touchdown while showing some nifty moves after the catch. He hasn’t played offense since high school, but the West Texas A&M product appears to be catching on fast behind James Develin.

— It was interesting to see quarterback Ryan Mallett only get one series in the Patriots’ third preseason game, with rookie Jimmy Garoppolo playing most of the second half. Both players should see plenty of opportunities on Thursday night against the New York Giants.

— Devey continues to see snaps with the first team, but he has yet to show the consistency necessary to start for the Patriots. Marcus Cannon did a nice job in place of starting right tackle Sebastian Vollmer, and the Patriots always could use Ryan Wendell at center and Dan Connolly at right guard for the third consecutive season.

— Defensive tackle Jerel Worthy played well in limited action against the run. It was important for him to get his feet wet against the Panthers. He’ll continue to fight for a roster spot next week against the Giants.

— Butler allowed two receptions for 24 yards, but he was doing a nice job in coverage when he wasn’t being targeted. It’s obvious that the Patriots think highly of the undrafted rookie, and he has a very good chance to make the 53-man roster. 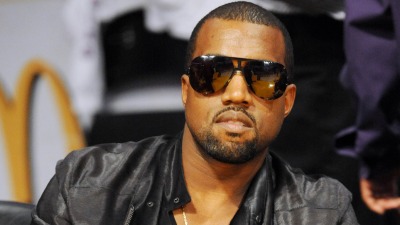