The New England Patriots wrapped up training camp with a bang Monday.

The Patriots now have tough decisions to make before the 2014 season begins Sept. 7 against the Miami Dolphins. The team must decide who will start at key positions, including strong safety and right guard, and they have difficult roster cuts to make on Aug. 26 and Aug. 30.

Check out which players have seen their stock rise over the past three weeks during camp:

Jimmy Garoppolo
Everything changed for the second-round draft pick after the Patriots’ preseason-opening loss to the Washington Redskins. The Patriots — for the most part — looked terrible, but Garoppolo shined. That performance, in which he competed 9 of 13 passes for 157 yards with one touchdown — appeared to boost Garoppolo’s confidence, since he has been much better in the last two weeks of practice.

Garoppolo has been so impressive that the Patriots should be considering carrying just two QBs — Garoppolo and Tom Brady — into the regular season, which would leave Ryan Mallet on the outside looking in at the 53-man roster.

Brian Tyms
When Tyms signed with the Patriots, he appeared to be a training camp body and little else. Tyms has been in the NFL since 2012 and played in just seven regular-season games, catching two passes for 12 yards. The 25-year-old receiver, at 6-foot-3, 204 pounds with 4.48-second 40-yard dash speed, has unlimited upside and potential, however.

Tyms has shown a propensity for the deep ball, and he even has seen snaps with Brady during practice. Tyms has shown a lack of consistency — in practice and games — but his brilliant moments have out-shined his miscues. Tyms will start the season with a four-game suspension, but he’s worth holding on to, in case the Patriots suffer injuries at wide receiver before October.

Zach Moore
Most assumed that Moore, coming from tiny Concordia University in Minnesota, would need a redshirt season before contributing in the NFL. Moore has impressed with his pass rush in practice, however, especially in 1-on-1s. Moore has positional versatility at 6-foot-6, 275 pounds and has played 3-4 (five-technique) and 4-3 (seven-technique) defensive end, as well as (3-technique) defensive tackle in a four-man front.

If the Patriots are looking to switch to a 3-4, Moore could see snaps in an end rotation in the “regular” defense.

Jamie Collins
Collins hasn’t disappointed in his second NFL training camp. Whenever Collins has a chance to shine, whether it’s in pass rush or coverage, he has been a standout.

Collins appears to have bulked up over the offseason, but he hasn’t lost any speed or athleticism, and as a former college safety and defensive end, he has the versatility that Patriots head coach Bill Belichick covets. Collins is the perfect player to cover opposing tight ends, a position the Patriots have struggled to defend in the past.

Collins has a nose for the ball, and he rarely gets beat 1-on-1, thanks to his speed and agility.

Malcolm Butler
Butler has done the impossible for an undrafted rookie out of Division II West Alabama: He has generated more headlines in training camp than Darrelle Revis — and he doesn’t even have a Wikipedia page. Butler hasn’t been perfect, but he has proven to be playmaker. On Monday alone, the rookie cornerback picked off Tom Brady and stripped Rob Gronkowski.

Butler has come a long way since only receiving a tryout with the Patriots after the draft. Now he has a very good chance of cracking the 53-man roster out of camp. 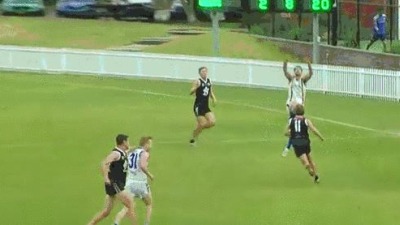 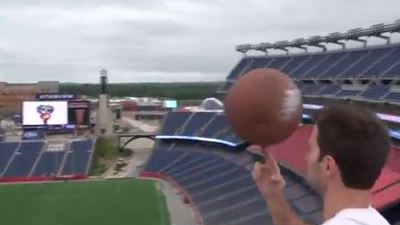