Price was released by the Seattle Seahawks on June 16. The 6-foot-1, 204-pound signal-caller signed with the Seahawks as an undrafted free agent out of the University of Washington this spring.

Faulkner went undrafted out of Southern Illinois this year. The 6-foot-3, 229-pound QB was released by the San Francisco 49ers on July 29.

Patriots backup quarterback Ryan Mallett missed practice Sunday and Monday after appearing to hurt his knee in Thursday night’s preseason opener against the Washington Redskins. Mallett was back on the practice field Tuesday, but he was limited in action. 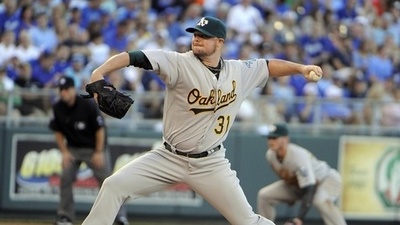 Jon Lester: Free Agency Decision Won’t Be About Money; Red Sox Not Out