Bryce Brentz is one of the more intriguing players in the Boston Red Sox organization.

Brentz, who made his major league debut Tuesday against the Pittsburgh Pirates at PNC Park, possesses a ton of power, which is a commodity with offense down across Major League Baseball. The 25-year-old has battled injuries throughout his minor league career, though, and his future within the Red Sox system is uncertain, especially given Boston?s surplus of outfielders.

?You can beat yourself to death worrying about who the team has and where you will end up. I can?t worry about that,? Brentz told The Boston Globe?s Peter Abraham this weekend in Baltimore. ?We have a lot of great outfielders, so just getting called up was special for me. I?m trying to enjoy this and whatever happens I?ll deal with that for now.?

In theory, the Red Sox could look to move Brentz, a supplemental first-round pick in 2010. Boston has some difficult offseason decisions to make regarding the 40-man roster, and, as mentioned, the Red Sox have a bunch of outfielders currently under team control. Brentz?s right-handed pop could give the organization pause, though, as it?s an asset that shouldn?t be thrown away on a whim.

?That?s a tool you can?t forget about,? Red Sox manager John Farrell said. ?Bryce is a guy who can impact games with his bat. We saw that in spring training.?

Brentz tore up spring training this year, hitting .360 (9-for-25) with three homers, seven RBIs and a 1.149 OPS in 10 games. It was a continuation of his previous two seasons, when Brentz totaled more homers (36) than any other Red Sox minor leaguer despite being limited to 88 games in 2013 because of a knee injury.

Brentz was ranked baseball?s No. 64 prospect before the 2012 season by MLB.com. It was a distinction fueled by his 30 homers in 115 games split between Single-A Greenville and High-A Salem in his first full season in the system in 2011. While injuries, including a hamstring strain this year, had prevented him from reaching the majors until this week, there?s still potential for Brentz to tap into.

?We saw the ability to use all fields, especially up the middle. He was managing the strike zone a lot better, too,? Triple-A Pawtucket manager Kevin Boles told Abraham of Brentz, who posted an .865 OPS with 25 RBIs for the PawSox in August. ?There?s some swing-and-miss in there and things he needs to work on. But the impact that he does show, it?s very impressive.?

Brentz probably won?t be manning a corner outfield spot with the Red Sox come Opening Day 2015. Boston?s depth chart all but assures he?ll start the season with Pawtucket, patiently waiting for his next taste of the majors. It?s a difficult situation for a former first-round pick who turns 26 in December, but it isn?t one that?s going to deter Brentz from working hard in the hopes of someday becoming a big league fixture.

?I want to be a hitter with power rather than a power hitter,? Brentz said. ?Every aspect of my game could get improvement and needs improvement and I?m going to keep working towards that.?

A healthy Brentz is capable of big things. He already has at least one tool — power — that most players don?t. 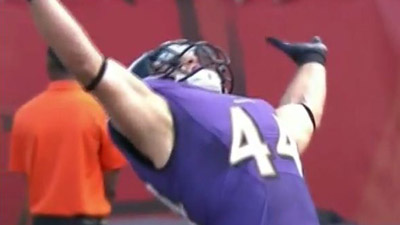 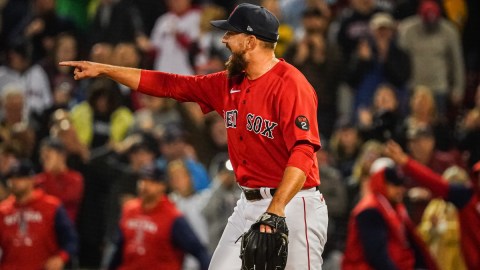 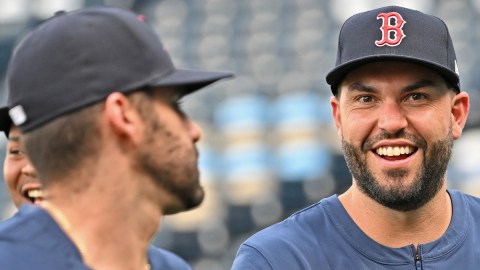