Europe Wins Ryder Cup Yet Again With Another Dominant Effort At Gleneagles - NESN.com Skip to content GLENEAGLES, Scotland — The Ryder Cup is staying in Europe.

Jamie Donaldson assured Europe the 14 points it needed to keep the precious gold trophy on Sunday when he went 4 up with four holes to play against Keegan Bradley. The worst he could do was a half-point.

Rory McIlroy showed off his class as the world No. 1 by trouncing Rickie Fowler. Graeme McDowell rallied from an early deficit against Jordan Spieth. Justin Rose came back from 4 down to earn a halve against Hunter Mahan.

Europe captured the cup for the eighth time in the last 10 tries, the kind of dominance that once belonged to the Americans. Even bringing back 65-year-old Tom Watson as captain didn’t help them. The Americans have not won on European soil since 1993. 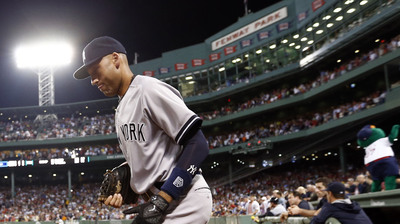