Boston enters an important offseason after a disappointing World Series defense in which the club finished 71-91. Red Sox general manager Ben Cherington already has identified certain areas that will be a top priority this winter, whether through trades or free agency.

?We?d like to add to the rotation. There are different ways to do that. We?ll look at all ways,? Cherington said Monday at Fenway Park. ?(We have) some interest in adding a left-handed hitter somewhere. There?s different ways of doing that, too. And then I imagine there will be some work done in the bullpen. So from a player perspective, those would be three basic areas.?

Cherington?s revelation isn?t surprising. The GM stated immediately after the Major League Baseball non-waiver trade deadline that addressing the starting rotation would be an offseason priority, as Boston traded four-fifths — Jon Lester, John Lackey, Jake Peavy and Felix Doubront — of its 2014 Opening Day rotation. It?ll be interesting to see who joins Clay Buchholz and Joe Kelly on the 2015 staff, though, especially with none of Boston?s young starters being overly impressive down the stretch.

?I?d rather not put a number on it, but it?s safe to say we?d like to add,? Cherington said when asked how many starters he?s considering going after. ?I think the pitchers that are here — the young pitchers that had a chance to pitch some down the stretch — they all did some good things, some not-so-good things. I think that they all are better for the experience. They?ll be a step ahead going into spring training as a result of the experience they had.?

The biggest question the Red Sox face in the bullpen surrounds the closer?s role. Koji Uehara, who hit a rough patch late in the season, is set to become a free agent, though Boston continues to emphasize its interest in re-signing the right-hander, who will turn 40 before Opening Day.

It?s unclear where the Red Sox will turn for a left-handed bat, but it?s obvious Boston?s lineup is heavy on right-handed hitters. David Ortiz represents the only left-handed lock for next season, so additional balance is needed.

The Red Sox?s offseason is extended by a month this year with no October baseball in the cards. Boston?s effort to retool already is underway, as there?s plenty of work to be done.

?Over the course of the last several weeks, scouts have been watching targets, offseason targets, both free agent and trade targets. Obviously, the front office has been working hard on doing all of their preparation for the offseason,? Cherington said. ?Over the course of the next two or three weeks, we?ll move into kind of the meeting phase, gather the opinion of our scouts, gather the opinion of folks in front office, formulate a strategy meeting with ownership sometime in October to discuss that strategy and then be prepared to execute it as we get into the offseason.? 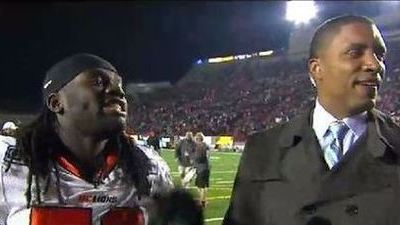 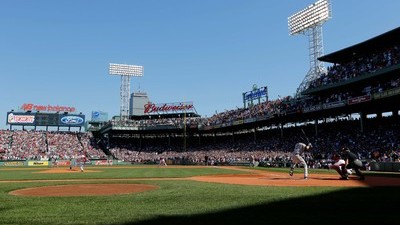