The officials didn’t react to the hit so much as they did to Ladarius Green’s motionless body on the Qualcomm Stadium turf. Had they been looking at the play closer, they would have seen the New England Patriots cornerback’s shoulder colliding with Green’s body, not the San Diego Chargers tight end’s head, as they called on the field.

However, Browner was penalized 15 yards, and Patriots safety Devin McCourty, who picked the ball out of the air after it clanged off Green’s hands, had his 56-yard pick-six called back.

“You win some, you lose some,” Browner conceded after the Patriots’ 23-14 win. “Good thing that didn’t bite us in the butt. I’m happy that we won the game today.”

If only there was video evidence to tell if such a play should have resulted in a penalty or not.

Oh, wait: Every single NFL game is nationally televised, with cameras pointing from all angles, and this should not be considered a judgment call. A helmet-to-helmet hit deserves a penalty. A shoulder-to-shoulder collision does not.

Browner is calling for the league to start reviewing these hits.

Browner, Patriots players and coaches showed outward frustration with officials after the hit. The issue: Browner did everything right. Browner’s hit was intentional, not wreckless or malicious.

Browner’s teammates agreed it was a clean hit.

“I don’t think that was a penalty,” tight end Rob Gronkowski said. “It was to the side, and he led with his shoulder. It was a great play by Brandon, that’s all I can say about it.”

The Patriots trailed 14-13 at the time of the hit, and two offensive drives later, they kicked a field goal to take a 16-14 lead they didn’t relinquish. So perhaps, even though a touchdown was called back, the hit wasn’t all for naught.

“At the moment, it was tough, but I think that set the tone right there,” Browner said. 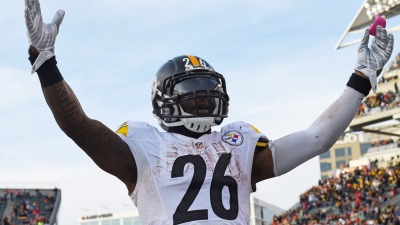