Final, 2-1 Liverpool: The game is over. Liverpool wins and advances to the fourth round of the FA Cup.

Gerrard’s heavy heart didn’t weigh him down Monday, as the Liverpool captain scored both goals in the Reds’ win. The Reds didn’t coast to victory against their opponents from the fourth division. Wimbledon impressed in spells and threatened from set pieces throughout. Akinfenwa will never forget the goal he scored against the team he supports. Azeez could have forced a replay with a late goal, but an upset wasn’t in the cards.

90th minute, 2-1 Liverpool: There will be three minutes of added time in the second half.

90th minute, 2-1 Liverpool: Balotelli and Enrique combine to create a late chance for Liverpool. Enrique crossed to Gerrard, who delicately cuts a pass back for Balotelli. The Italian might have scored, but a defender tackled the loose ball away before Balotelli could slide a shot on goal.

85th minute, 2-1 Liverpool: Markovic has an eternity to line up his shot, but he hits it too close to Shea, who saves it. Liverpool should have extended its lead there.

81st minute, 2-1 Liverpool: Coutinho hits a powerful low shot, but Shea turns it away. Balotelli and Gerrard created the chance with a nice pair of passes inside Wimbledon’s penalty area.

77th minute, 2-1 Liverpool: Wimbledon is pushing forward in search of the game-tying goal, and the Reds are looking to seal the result with a goal from a counter-attack.

70th minute, 2-1 Liverpool: Goodman is cautioned for a foul on Gerrard.

68th minute, 2-1 Liverpool: Shea denies Lambert with a fine kick-save. Gerrard created the opening with a surging run and a deft pass to Lambert.

64th minute, 2-1 Liverpool: Skrtel is down after falling awkwardly. It appears the Liverpool defender only is shaken up and will be able to continue.

62nd minute, 2-1 Liverpool: Gerrard buries a free kick into the top corner from 25 yards out, and the Reds lead again.

61st minute, 1-1: Fuller is cautioned for a heavy challenge on Coutinho, which leaves the Liverpool playmaker writhing in pain.

53rd minute, 1-1: Coutinho takes a right-footed shot from a tight angle inside Wimbledon’s penalty area, but he fails to test Shea by putting it on goal.

51st minute, 1-1: Rigg dispossesses Can and dribbles into Liverpool’s penalty area. He shoots off target, ending the dangerous sequence. Liverpool appeared to have settled into the second half, but Wimbledon has another scoring chance early in the second half.

47th minute, 1-1: Barrett heads the ensuing corner kick on goal, but Gerrard heads it off the goal line.

47th minute, 1-1: Moore’s long-range shot takes a deflection and goes out for a corner kick.

46th minute, 1-1: The second half is underway at Kingsmeadow. Neither team made any substitutions at halftime.

Halftime, 1-1: That’s the end of the first half. The score is even at the break.

Liverpool’s trip to Kingsmeadow was never going to be easy, given the weights of both recent and historical events. Liverpool dominated the first 30 minutes but only had Gerrard’s goal to show for its efforts. Wimbledon mounted a revival in the latter part of the half, asking questions of the Reds’ fragile defense. Eventually, Liverpool’s rear-guard broke when the world’s strongest player forced himself into Mignolet’s goal-mouth, disrupted the goalkeeper and eventually pounced on a loose ball and scored the game-tying goal.

The home fans are enjoying themselves, but the Reds should demonstrate their class against a lower-league opponent. Despite dominating possession, Liverpool only created a few chances and scored with its lone shot on target.

Gerrard was sharp in front of goal but struggled in other parts of the field.

45th minute, 1-1: There will be one minute of added time in the first half.

39th minute, 1-1: Akinfenwa is cautioned for dissent. The referee judged that Akinfenwa fouled Skrtel, and the Wimbledon forward protested too passionately for the official’s liking.

36th minute, 1-1: Akinfenwa levels the score. The beast has left his mark on the game.

The goal came from a corner kick. Mignolet jumped to intercept the delivery but missed. A Don shot off the crossbar, and the rebound fell to Akinfenwa, who tapped it in.

33rd minute, 1-0 Liverpool: Manquillo whiffs on a clearance, and Tubbs pounces on the loose ball, but the Wimbledon forward fails to test Mignolet with his spinning shot from close range.

32nd minute, 1-0 Liverpool: After controlling the first 30 minutes, Liverpool finds itself under a little bit of pressure. Wimbledon has threatened with balls in the air and set pieces. The Reds don’t look entirely assured at the back.

29th minute, 1-0 Liverpool: Wimbledon now has another chance, as Mignolet parries Rigg’s shot over the crossbar.

27th minute, 1-0 Liverpool: The Reds aren’t accustomed to such a choppy field, but the visitors are carrying play anyway.

19th minute, 1-0 Liverpool: Markovic races into Wimbledon’s penalty area and tries to fire a shot into the top corner at the far post, but his effort misses the target.

17th minute, 1-0 Liverpool: Liverpool continues to dominate possession, as expected, and the lead has eased both the tension in the Reds’ play and the pressure the home crowd is trying to put on their famous visitors.

Gerrard started the move with a pass out wide to Manquillo and finished it by heading his teammate’s cross past Shea.

Ninth minute, 0-0: Rigg receives a throw-in, turns into Liverpool’s penalty area and drags his shot wide of Mignolet’s goal. Liverpool has controlled play so far, but Wimbledon has the first scoring chance.

Third minute, 0-0: Manquillo received treatment on his ankle and now is back in the game.

First minute, 0-0: Manquillo is down early after Bulman flattened him with a heavy challenge.

Pregame: Liverpool makes four changes from the team that drew against Leicester City on Thursday.

Rodgers has given Raheem Sterling a much-needed rest, and Adam Lallana won’t play because of a thigh injury. Lambert and Gerrard will join Coutinho in the front three. Lucas and Henderson man the central midfield.

Markovic returns to the starting 11 in place of Moreno. Manquillo also starts after watching the Leicester City game from the bench.

1:30 p.m. ET: The new year gives birth to the second coming of an old rivalry between Liverpool and Wimbledon. Such is the splendor of the FA Cup.

Liverpool FC visits AFC Wimbledon on Monday at Kingsmeadow in the third round of the soccer world’s oldest competition. The game represents a rematch (of sorts) of the 1988 FA Cup final, in which Wimbledon earned an upset win over the mighty Reds at Wembley Stadium.

While Liverpool has retained its Premier League status and chased trophies through the years, Wimbledon closed up shop and moved away from its home almost 13 years ago. Scorned fans formed a new club in the same area, and it steadily has climbed England’s soccer pyramid to its current place in League Two (fourth division).

Liverpool’s busy festive period has forced manager Brendan Rodgers to stretch his squad to its limits. Dejan Lovren and Martin Skrtel might return from suspension and injury, respectively. Mario Balotelli’s participation is questionable, as he continues to struggle with a groin problem.

Steven Gerrard has dominated the headlines in recent days. The Liverpool captain likely is itching to return to the field, where he can escape the emotional strain over his impending departure from the club and simply do what he loves to do.

Liverpool-Wimbledon kicks off at 2:55 p.m. Join us right here for all the action from Kingsmeadow. 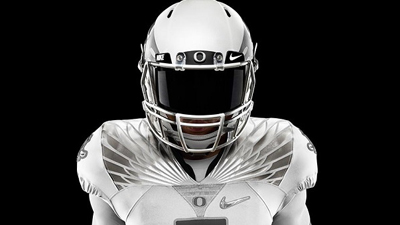