TEMPE, Ariz. — The New England Patriots concluded their practice preparations for Super Bowl XLIX on Friday, with head coach Bill Belichick sensing that his team had accomplished its mission with three practices at the Arizona Cardinals’ training facility.

Belichick has determined that he will cancel plans to conduct a walkthrough session on Saturday.

?We?re just going to meet, take a team picture,? Belichick said of the Saturday itinerary after putting his team through a light, soggy practice on Friday.

?This is it,? Belichick added. ?Practice-wise, we?re done. We?re as ready as we?re going to be.?

It won?t mark the first time the Patriots won?t have a walkthrough on the day before the Super Bowl. That also was the case before their last Super Bowl appearance, four years ago in Indianapolis against the New York Giants.

?We?ll just meet in the morning, take the team picture and that?s it,? Belichick said.

The meetings and picture will take place at the team?s hotel in Chandler, Ariz.

Despite intermittent rain showers, Belichick practiced the Patriots outdoors for about an hour — excluding a 28-minute ?halftime? break — rather than moving the session to an indoor bubble.

?I thought about going inside,? Belichick said, ?but not for long.?

In Belichick?s mind, the wet weather in typically dry Arizona provided a bonus of increasing difficulty.

?Make it tougher in practice than it will be in the game,? Belichick said.

One key player, though, caught a break. All-Pro cornerback Darrelle Revis watched the bulk of team drills from the sideline, which Belichick said was not due to an injury.

?We backed a lot of guys off,? Belichick said. ?He took a lot of reps yesterday and Wednesday.?

Asked if there are any injury concerns that have popped up, Belichick responded, ?No. We?re all good to go.?

The Patriots devoted significant time to the kicking game with half-speed, non-contact reps on Friday, and as on the previous days this week ran a fair number of plays with the offensive and defensive units working in a variety of situations against scout teams.

As was the case all week, Patriots chairman and CEO Robert Kraft was joined by a couple of his sons and grandsons at practice, including Patriots president Jonathan Kraft and Dan Kraft.

About halfway through the practice, the players left the field and returned to the locker room. They returned about a half-hour later, which mimicked the extended, 28-minute halftime during the Super Bowl that is more than twice as long as the typical 12-minute halftimes for NFL games.

“We?ve done it before,” Belichick said of the simulation.

“These guys have worked hard,” he said. “I think they?re ready to go. We?re playing a good team, so we?re going to have to play well.”

Final preparations before Sunday will include settling on the script of plays for the offense. 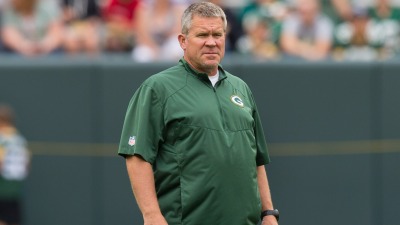