On the eve of Super Bowl XLIX, Bill Belichick got ready for the big game by flashing his trademark smile.

OK, so the New England Patriots head coach isn’t exactly known for his jovial side — the Wall Street Journal reported that he smiled just seven times at press conferences during the 2014 season. But give Belichick a photo op with his own player, and he’ll light up like the town fair.

That’s Patriots running back Stevan Ridley, who pulled off the rare feat Saturday of bringing Belichick’s warm grin to the public during the team’s photo shoot in Tempe, Ariz.. Well done, Stevan.

The injured running back apparently had a busy day on Instagram, as he also snagged a picture with quarterback Tom Brady, whose smile is a bit more familiar.

As for seeing Belichick smile on back-to-back days? We suspect only a win over the Seattle Seahawks on Sunday will prompt that rarity. 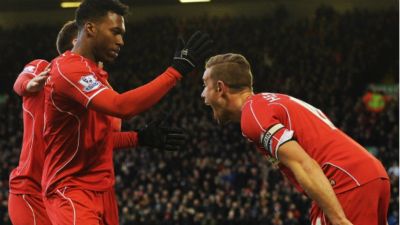