For the first time in several seasons, the Boston Bruins have a weakness at the backup goaltender position.

Over the last four years, backups such as Anton Khudobin, Chad Johnson and current starter Tuukka Rask have provided much-needed relief to prevent the No. 1 goalie from taking on a workload too heavy.

Here’s a look at the performance of recent Bruins backup goalies, excluding the 2009-10 campaign in which Rask took over for an injured Tim Thomas and went 22-12-5 with a stellar .930 save percentage.

Niklas Svedberg has received all but one of the backup starts this season, and he’s struggled in two of his last three starts. He was pulled in both of those losses after giving up three early goals. Svedberg also has given up three or more goals in four of his last seven starts with a .901 save percentage in that span.

The Bruins recalled top goaltender prospect Malcolm Subban earlier in the week to give him a chance in the backup role, but he was pulled early in the second period of Friday night’s 5-1 loss to the St. Louis Blues — also his NHL debut — after allowing three goals on six shots. Subban, a former first-round draft pick, has enormous potential and will be a quality NHL goalie someday, but he might not yet be ready for this stage.

The lack of consistently strong backup goaltending has forced Rask to play a lot more often this season than he did in his Vezina Trophy-winning campaign a year ago.

The problem for the B’s is they don’t have a choice when it comes to resting Rask. He has to play the large majority of the 24 regular-season games that remain because the Bruins have just a one-point lead over the Florida Panthers for the final wild-card playoff spot in the Eastern Conference. Boston cannot afford to drop any points because Florida is a quality team expected to be in this race until the very end.

Rask has said all season that he feels fine and is willing to play as many games as needed. He reiterated that after Friday’s defeat.

When you look at Boston’s upcoming schedule, there aren’t too many opportunities for Rask to get a rest.

The next two games are against the Chicago Blackhawks and Vancouver Canucks, both of whom are playoff teams. After that, the B’s have a back-to-back against two of the league’s worst teams, the New Jersey Devils and Arizona Coyotes, to close February. You’d expect Rask to rest for one of those games.

The first seven games of March feature matchups against five playoff teams, including the Tampa Bay Lightning and Pittsburgh Penguins. One of those non-playoff teams is the Philadelphia Flyers, who’ve played much better since Jan. 1.

The Bruins will go as far as Rask takes them, both in the regular season and playoffs. Luckily for the B’s, he’s one of the league’s best goaltenders and has shown the durability required to take on a heavy workload and still play at a high level. 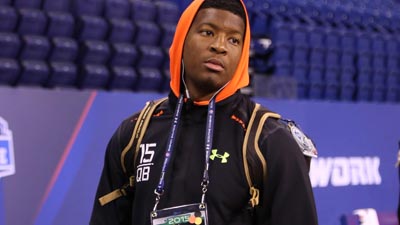