Arslan scored a fine, curling goal for Besiktas on Thursday in the second half of his team’s UEFA Europa League game against Liverpool. Arslan’s goal tied the round of 32 series at 1-1 on aggregate, sending the teams into extra time at Istanbul’s Ataturk Stadium.

Arslan entered the contest as a second-half substitute and struck gold in the 72nd minute. Winger Gokhan Toure made the initial pass to Demba Ba. The Besiktas hit-man turned provider and back-heeled his pass to Arslan, who curled a shot past goalkeeper Simon Mignolet into the top corner.

Arslan, 24, only joined Besiktas from German club Hamburg in January and had never appeared in European club game before Thursday.

The goal was Arslan’s second in seven games for Besiktas in 2014-15. 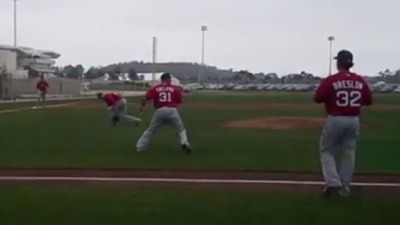